After being criticized for their first statement regarding the controversial ad, VW has issued a second apology. The commercial contained references to colonialism and appeared to show a racial slur. 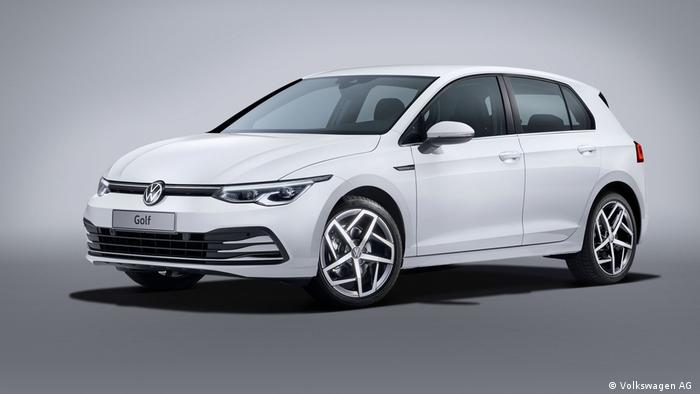 German auto giant Volkswagen has apologized and set its corporate Twitter account to private on Wednesday after an outcry against a 10-second Instagram ad that was criticized as insensitive and racist by some members of the public. VW did not initially admit any wrongdoing, however, saying it was "surprised and shocked" by the reaction.

The short clip that was published as part of an ad on Instagram stories shows the disembodied giant hand of a white woman pushing around a black man before flicking him into a cafe called "Petit Colon", which could translate as "little settler." Users also noted that the tagline reading "der neue Golf" (the new Golf) appeared gradually with letters becoming visible in small groups. Freezing the frame at the right point, the letters in the German word for n***er appeared for a fraction of a second, albeit not in the right order.

VW initially responded by saying that the "origin of the people depicted is irrelevant" and that the firm opposed "all forms of racism, xenophobia and discrimination."

"As you can imagine, we are surprised and shocked that our Instagram story could be so misunderstood," the company added.

However, the statement and the withdrawal of the ad only served to prompt a second barrage of criticism that Volkswagen was neither taking responsibility nor truly apologizing for the clip.

Later, reacting to the further outrage, VW issued a more comprehensive apology, saying "without doubt: The video was wrong and tasteless," and that it understood why people were upset by it.

"We distance ourselves from this and apologize," they said, promising consequences and an investigation.

EU automotive sales plummeted 76% in April. In Spain and Italy, that number was closer to 97%. German carmakers have been calling on the state to offer large financial incentives for car buyers. (19.05.2020)

The controversial pastries feature thick lips, fez hats, and even a bone weaved into the hair. The bakery in Cologne has caused nationwide anger, but the owner insists there were "no racist thoughts" behind them. (16.02.2020)

A well-known chef in Düsseldorf has faced a major backlash over how he announced his restaurant was reopening due to relaxed coronavirus restrictions. The chef's attempt to backtrack did not go down well either. (14.05.2020)

Volkswagen has given the greenlight for subsidiary Porsche to be listed on the stock exchange. The IPO could be one of the biggest in German history.