German automaker Volkswagen was able to offset weaker demand for cars in Western and Southern Europe with rising sales in other parts of the world. Record-breaking deliveries and profits have been the result. 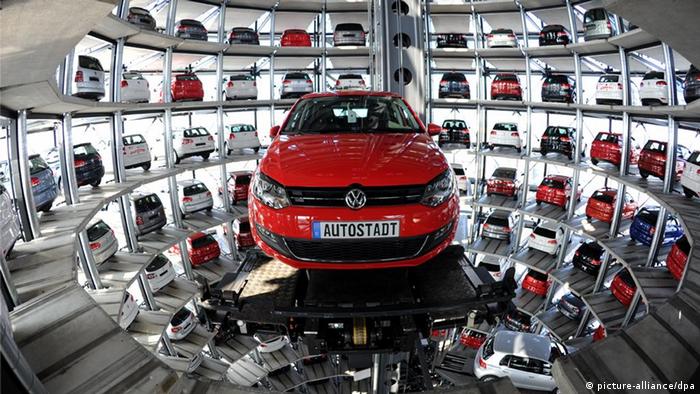 Driven by Volkswagen's "best-ever" quarterly sales figures, the carmaker's net profit in the first three months of 2012 jumped to 3.19 billion euros ($4.2 billion) from 1.71 billion euros in the same period a year ago.

Volkswagen attributed the brilliant performance to "strong demand for its group models," which include passenger car brands such as VW, Audi, Skoda, SEAT and Bentley, as well as MAN and Scania in the heavy truck sector.

In addition, the group's result was boosted by accounting measures in connection with VW's attempt to fully integrate sport scar manufacturer Porsche through currency hedging, as well as by a contribution from Munich-based truckmaker MAN, which was bought by VW at the end of last year.

Growth for Volkswagen at the beginning of 2012 came primarily from countries outside of the firm's traditional markets in Western Europe.

North American sales, for example, were up 24.5 percent in the first quarter, while sales in China grew 15.6 percent, and those in Central and Eastern Europe even gained 35.1 percent.

By contrast, the number of vehicles sold to customers in Western Europe dipped by 1.2 percent with debt-stricken Spain and Italy reporting the biggest drops with 9.0 and 17.3 percent.

Nevertheless, Winterkorn said he was looking to the coming months "with confidence," distinguishing Volkswagen from French carmakers PSA and Renault, which saw their business decline at the beginning of this year.