A VW manager, charged recently alongside former CEO Martin Winterkorn, is now being investigated over nearly $1 million in bonuses. The huge cash pile was paid after the Dieselgate emissions scandal came to light. 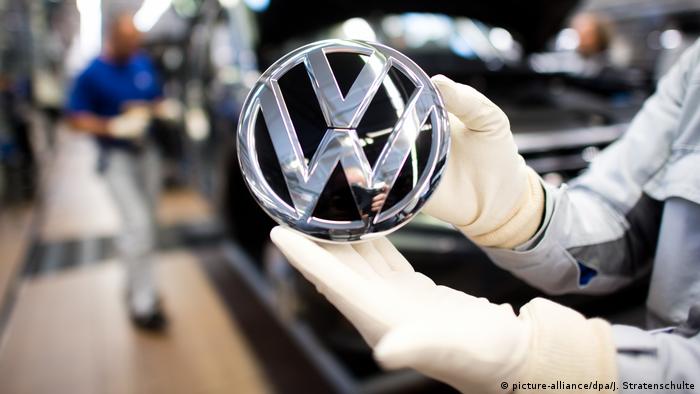 A former top Volkswagen manager is being investigated on suspicion of breach of trust after he received huge bonuses from the German auto giant in the wake of the Dieselgate scandal.

The Bild am Sonntag newspaper reported on Sunday that the manager who specialized in technical development for the Wolfsburg-based car firm is facing a preliminary probe over whether he received unjustified gratuities.

The German business daily Handelsblatt later partly identified the manager as Hanno J. He was one of four executives charged on Monday along with ex-VW chief Martin Winterkorn for their roles in the emissions-cheating affair.

Investigators believe he was one of the main drivers of the scam. All five VW executives deny the allegations.

As well as facing from six months to 10 years in jail if found guilty, the executive may have to forfeit any bonuses earned from sales based on the manipulation, a statement from the public prosecutor's office in the city of Braunschweig said following the earlier charges.

The new probe concerns payments that VW continued to make to Hanno J. even after the scandal broke. While other top executives implicated in Dieselgate had their contracts terminated, Hanno J. continued to work for VW and, on top of his salary, received bonuses of €866,000 ($974,000) between 2016 and 2018, according to Bild.

A VW spokesman confirmed Sunday that the preliminary investigation was underway.

Dieselgate erupted in September 2015 when it emerged that the German carmaker had programmed computers in its vehicles to detect when they were being tested and altered the running of diesel engines to conceal the true level of emissions.

Volkswagen has already incurred costs of €29 billion related to the scandal, much of that in the United States by way of fines, compensation and buyback schemes.

In Germany, it has paid €1.8 billion in two fines. The company is also facing cases brought by hundreds of thousands of customers in Germany wanting compensation for having bought vehicles whose emissions were manipulated.

The US Securities and Exchange Commission has filed suit against Volkswagen and its former chief executive, Martin Winterkorn, claiming "massive fraud." VW said the SEC is trying to "extract more from the company." (15.03.2019)

Volkswagen announces up to 7,000 job cuts

Despite high profits in 2018, Volkswagen has announced heavy job cuts. The company has said it would reinvest the money into developing electric vehicles. (13.03.2019)