Volkswagen enlarges Chattanooga plant to build new car for the US | Business | Economy and finance news from a German perspective | DW | 14.07.2014

Volkswagen enlarges Chattanooga plant to build new car for the US

Europe's biggest carmaker Volkswagen has announced a multi-million euro investment in its US factory amid efforts to boost lackluster sales there. A new sports utility vehicle is to help double VW sales in the US market. 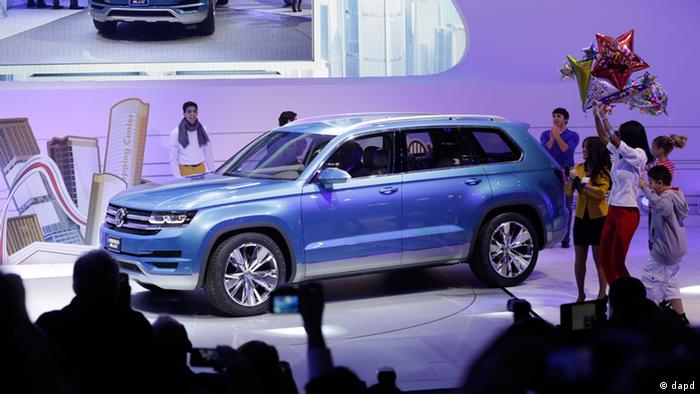 Volkswagen's (VW) board of directors announced on Monday it had decided toaward the production of a new midsize sports utility vehicle (SUV) to its Chattanooga plant in Tennessee, United States.

About $600 million (432 million euros) would be earmarked for the expansion of the Chattanooga factory, creating an additional 2,000 jobs at the facility, VW said in a statement. Overall funding for the production of the seven-passenger SUV would amount to $900 million, it added.

"Volkswagen is expanding its industrial footprint in the US," the Germany-based carmaker said, with VW Chief Executive Martin Winterkorn noting that the carmaker was going to increase its operations in America.

VW suffered slumping sales in the United States in 2013, selling 7 percent less than in the previous year. Unlike in most of its factories across the world, the plant in Chattanooga was not operating to capacity.

VW is hoping to win back customers with the new SUV model in America's growing car segment. The model, which is based on the CrossBlue concept vehicle, has been developed especially for the US market and is scheduled to roll off assembly lines in 2016.

In addition to the new model, the Chattanooga factory will also receive a VW development and planning center, employing 200 staff. The aim was to react to customers' wishes more quickly, VW said.

VW CEO Winterkorn reiterated the company's target to sell 800,000 cars in the US by 2018 - a doubling of current sales for which investments exceeding $7 billion would be made over the next years.