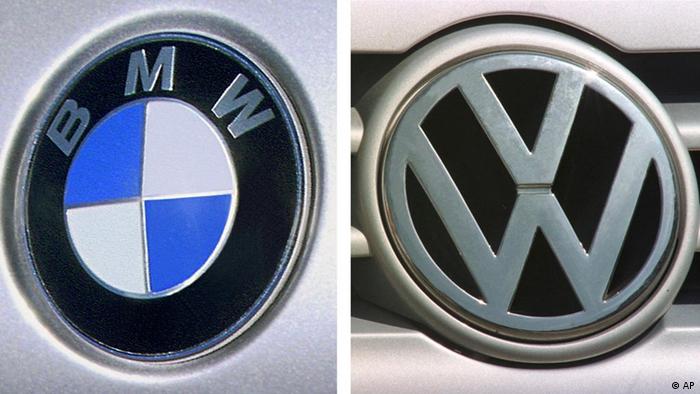 Volkswagen and BMW increased their 2018 car sales in the United States while major American competitors General Motors (GM) and Ford both had declines in new vehicle sales, according to sales reports published on Thursday.

Volkswagen sold over 350,000 cars in the US in 2018, a 4.2 percent increase over 2017. It was the company's second year of sales increases after sales plummeted following the dieselgate scandal, where a US investigation uncovered massive fraud in its diesel emissions reporting. Volkswagen's boost in sales figures were helped by popular SUVs Tiguan and Atlas.

BMW saw an increase of 1.7 percent to 311,000, its first jump in annual sales since 2015. Their sales of the X3 SUV, a model BMW now builds in China instead of the United States, contributed to the increase.

Japanese automakers Honda and Toyota also saw a decline in annual US auto sales at 2.5 percent and 0.9 percent, respectively.

One of the biggest winners of the US automobile market was Fiat Chrysler, which increased its annual sales by 8.5 percent in 2018. The Italian-American automaker saw a 14 percent sales increase in the final quarter of the year after selling nearly 200,000 cars.

The increase in sales comes in a year when German automakers had it out with US President Donald Trump.

Trump, who has criticized several US allies for an apparent trade imbalance, threatened last year to impose 25 percent tariffs on imported cars. The US president claimed American car manufacturers were treated unfairly by Europeans and said he sought reciprocal trade deals to protect US manufacturing job.

The move was widely criticized in Europe and prompted the heads of Germany's three largest automakers — BMW, Daimler and Volkswagen — to sit down with Trump last month. Following the meeting, VW boss Herbert Diess said the group had taken "a big step forward to avoid the tariffs."

Some experts believe that the auto industry faces more challenges in 2019. The US has already imposed tariffs on Chinese steel and aluminum, and a further escalation of a trade war with China could further impact automakers who do business in America. Additionally, rising interest rates could shrink the market of buyers who purchase cars using credit.

Invited by the US administration, three German car bosses went to Washington — an unusual move. The upshot is that, if anything, there's probably more understanding now for each other's positions, say DW's Henrik Böhme. (05.12.2018)