Visitors pitch in to keep Amsterdam clean | Environment | All topics from climate change to conservation | DW | 12.01.2012

As local governments tighten their budgetary belts, a project in Amsterdam shows visitors parts of the city that seldom make it into guidebooks and organizes volunteers looking to do their good deed for the day. 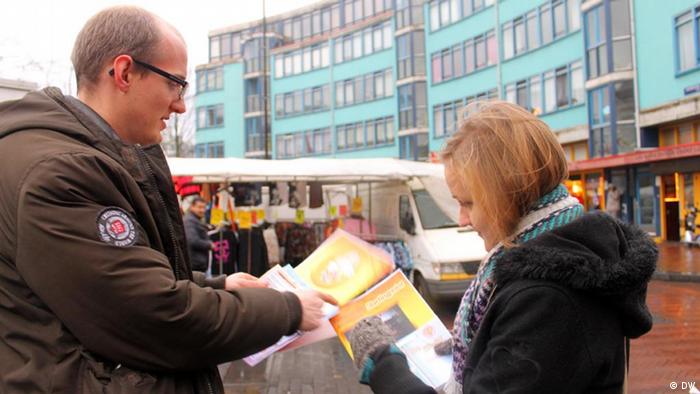 Feitsma and Fish pinpoint problems and work to fix them

Tjerk Feitsma and Jenna Fish take a walk around one of Amsterdam's most multicultural neighborhoods: the Indischebuurt. They're scouting out the neighborhood's squares and looking for ways visitors can help.

The shops and bikes might look like a regular streetscape to anyone else, but they are also opportunities to do good that Feitsma, the managing director of Tourist Save the World project, and Fish, who volunteers with the group, quickly recognize.

"We could ask the local shops to close their doors to keep the warmth in and save energy and put an 'open' sign on the door so people know there's still business available, but they're saving energy by closing their door," Fish said.

Tourist Save the World offers 36 daily good deeds across the city for tourists to choose from. Cleaning up the streets is the most popular of the chores, which also include helping the elderly and handing out flowers to people walking past. 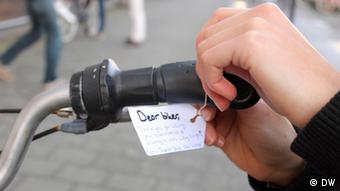 Feitsma said the project aims to attract some 2,400 of the 12 million people who come to Amsterdam every year. Participants are given a map and whatever gear they might need in order to carry out their tasks. A tour lasts three to four hours to complete and there's a 15 euro ($19) fee. Starting in February, visitors will also have the option to make use of a tour guide.

Anja, Johana, Crystal, Dieke, Jolanda and Mafrola, all university students from a student organization in Utrecht, chose to pick up garbage off the streets and to hand out fair-trade chocolate and mandarin oranges to passersby.

"People can be a little bit distrustful," Dieke said. "They're like, 'What do you want from me?' if you offer them something without expecting something back. We're not used to that in society."

Overall, the students said they enjoyed the experience, but added that more interaction with local people would be nice and said the project should scrap the participation fee.

Filling in the cracks

In addition to the good deeds, Feitsma said visitors are exposed to parts of the city that don't get mentioned in guidebooks. Places like the Indischebuurt's Turkish bakeries, halal butchers and African hairdressers are different than the stereotypical Dutch image of coffee shops and red light districts. 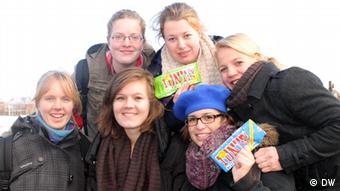 Tourists are stepping in where they're needed in Amsterdam

"If tourists come here with this open and curious manner but are also doing good deeds, this will also inspire my whole nation or at least my city," Feitsma said. "People will see and wonder, 'Why am I not doing this myself? I live here so why aren't I cleaning my own street?' There's a movement we're building up here."

Feitsma said he's aware the movement is partially over where municipal governments have left off. He said that with the word "crisis" appearing in ever more headlines, the time could be ripe for initiatives like Tourist Save the World.

"When the government is lacking in some parts because there's no money anymore, because they choose to spend it otherwise, then we can step in," he said. "We can basically help the government in filling the cracks, where they're unable to spend their money or focus their attention on. It's not criticism. It's just seeing what's needed and making it work."

After 30 years of civil war, Sri Lankans decide on the best ways to develop their economy. Tourism could bring money to the country, but some fear it ignores the island's biodiversity and locals' interests. (21.12.2011)

Drug tourism may soon be over in Amsterdam

Long known as one of the world's most tolerant cities - especially on the issue of cannabis - Amsterdam is feeling the winds of change as the national government applies pressure to clean up the capital. (01.12.2011)

Listen to the report on good deed tourism