Violent protests in Israel: When far-right football fans take to the streets 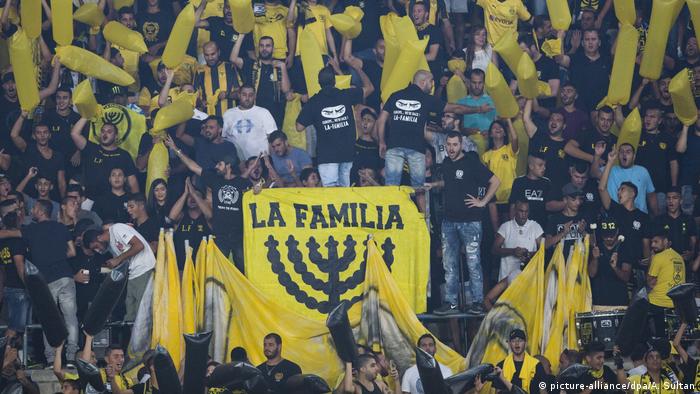 Israel has experienced a wave of protests against Prime Minister Benjamin Netanyahu in recent weeks, with thousands of people taking to the streets calling for the Israeli leader to resign.

The initial trigger for the protests may have been Netanyahu's corruption cases, but they have intensified due to what many see as the government's mismanagement of the coronavirus crisis, with Netanyahu's supporters holding their own rallies in support of him.

Several violent incidents have been recorded during the protests, some of which can be traced back to Israel's football stadiums.

After an anti-Netanyahu protester exposed her breasts on top of Jerusalem's Menorah statue (the lampstand which used to stand at Jerusalem's two Jewish Temples and Israel's coat of arms), Israel's most well-known right-wing fan group, Beitar Jerusalem's La Familia, got involved. They held a demonstration against what they perceive as "the desecration of Jewish symbols."

"Pay attention, you damn lefties, the rules of the games are now changing," the group wrote on its Facebook page.

The fan group's demonstration saw attacks targeting journalists and vehicles with Palestinian license plates. Among the chants sung at the protest were "we hate all the Arabs," "f*** the media" and "death to the lefties." Another song saw the group refer to themselves as "the country's most racist team," and ended with monkey chants. Several group members have been arrested, according to reports in Israel.

La Familia had also taken part in a different pro-Netanyahu protest in the Israeli capital several days prior, in which they sang a song praising Yigal Amir, who shot Israeli prime minister Yitzhchak Rabin to death at a Tel Aviv pro-peace rally in 1995.

La Familia have also repeatedly held banners calling for their club never to sign a Muslim-Arab player, saying Beitar should "stay forever pure." To this day, Beitar is the only prominent club in Israel never to have registered an Arab player. In 2013, some of the group's members set Beitar's club offices on fire after the club had signed two Muslim-Chechen players. The story of the fans' protests against the signing of the two players was made in to an award-winning documentary "Forever Pure." 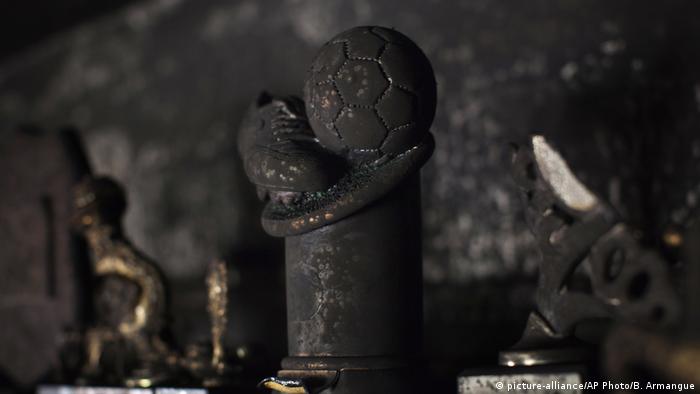 Uri Levy, the founder and editor-in-chief of Middle Eastern football blog Babagol, tells DW how the protest against then-owner, Russian oligarch Arkadi Gaidamak, and his decision to sign the two Muslim-Chechen players was pivotal to La Familia's establishment as a political force.

"This was the time when La Familia became ingrained as part of the club's identity. If you're the hardcore fan group of Israel's right-wing club, you have to hold extreme right-wing views," says Levy.

Connections between Beitar Jerusalem fans and Israel's political right are well documented. Prime Minister Netanyahu identifies himself as a Beitar fan and has attended their home games as part of his election campaigns. Avigdor Liberman, the head of the ultra-nationalist Yisrael Beiteinu party, is also a fan. Israeli's President Reuven Rivlin used to be Beitar Jerusalem's chairman. Rivlin has repeatedly condemned La Familia's views.

A 2015 proposal to label La Familia an unlawful association was met with resistance from the Israeli right, namely from then-sports minister and current transportation minister Miri Regev, of Netanyahu's Likud party. "We should aspire to work with La Familia to condemn violence, not outlaw them," Regev said during a Legislative Committee meeting discussing the proposal. The Likud party has refused DW's request for comment.

The right wing's connections to Beitar Jerusalem's support have also extended to the current wave of protests. Amnon Ben Ami, a Likud activist, has used his 6,000-like Facebook page to call for Netanyahu supporters to attend a demonstration in support of the Israeli leader in Jerusalem, with Ben Ami dedicating a special call to Beitar Jerusalem fans, and La Familia in particular.

"La Familia, you are the medicine against those anarchists," said Ben Ami.

La Familia aren't the only Israeli fan group that has been mentioned in connection with violent incidents at recent protests.

While the protests were raging in Jerusalem, in Tel Aviv, a group of young men attacked anti-Netanyahu protesters with batons and broken bottles. Five people were injured as a result. Videos of the attack were widely shared on social media, with users initially assuming La Familia were responsible for the attack. However, it later transpired that the attackers were members of Maccabi Tel Aviv ultra group Maccabi Fanatics.

In 2014, a group of supporters at Bloomfield Stadium's gate 11, where Maccabi Tel Aviv's ultra group are based, shouted racist slurs in the direction of Mahran Radi, an Arab-Israeli who then played for the club. Graffiti was also sprayed in the Tel Aviv area, saying: "We don't want Arabs at Maccabi!" and "Radi is dead."

Speaking about his time at Israel's most decorated club at a 2019 panel, Radi, former Israel international, explained how some of his fellow players had tried to arrange a meeting with the supporters racially abusing him, including team captain and Maccabi Tel Aviv legend Sheran Yeini, who suggested both sides would meet to talk things out.

"A few days later, Yeini came back and told me there's nothing we can do, they just hate Arabs," Radi said.

The midfielder ended up leaving the club to Hapoel Be'er Sheva, leading them to three league titles in a row. No Arab player has joined Maccabi Tel Aviv since. The club told Israeli media this has nothing to do with politics, and that it rejects racism.

With 23 league titles and 23 Israeli Cups, Maccabi Tel Aviv is Israel's most successful football club. Their fans come from all layers of Israeli society and, unlike Beitar Jerusalem fans, they are not known to be associated with any one political view. In some cases, the racist chants from parts of gate 11 were answered by booing from other stands.

Speaking about Maccabi Tel Aviv's fanbase, Levy told DW that, while Maccabi Fanatics are not representative of Maccabi Tel Aviv fans more broadly, the group should not be underestimated.

"I have many friends who support Maccabi Tel Aviv, people of different political opinions," Levy said. "They all tell me the Fanatics are exactly the same breed as La Familia."

Serving since 2009, right-wing leader Netanyahu is the longest-serving leader in the country's history, though a solution to the Israeli-Palestinian conflict seems more and more impossible.

According to Levy, the phenomenon of far-right fan groups using their manpower for political purposes doesn't exist in a vacuum.

"This came from the streets to the stadiums, only to then return to the streets after a few energy drinks," he says.

"You just can't separate Israeli football and politics, for better or worse."

Likud MP Nir Barkat: We have to 'upgrade' legal system

Protesters in Israel want the prime minister to resign over corruption allegations, which he has denied. A Likud party ally tells Conflict Zone why the PM should carry on and that the legal system has to be reformed.