Growing violence in Mozambique on the eve of general elections has the country and the international community deeply worried. The reasons for the violence are manifold and not easy to tackle. 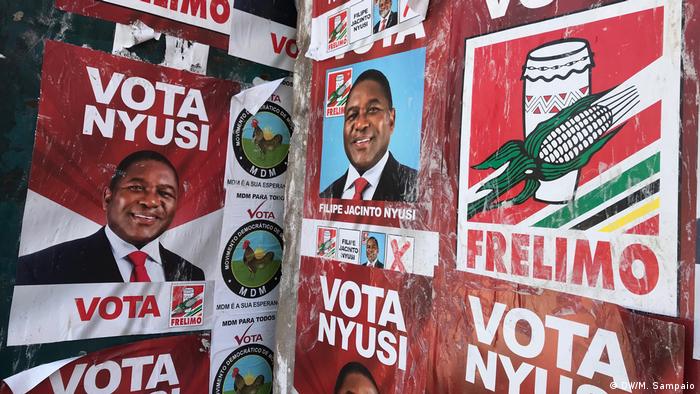 The elections scheduled for October 15 are seen as a milestone, as they take place after the death of longtime opposition leader Afonso Dhlakama and in the wake of an accord with his party, the Mozambican National Resistance (RENAMO), meant to put the country on the path of a lasting peace. But hopes are being dashed as violence in Mozambique reached an extent unknown in previous polls, says researcher Corinna Jentzsch, of the University of Leiden, in the Netherlands: "The country has become more and more politically polarized. There's been more and more social and economic inequality," making people doubt that elections will change anything and fomenting strife, Jentzsch explained.

A feeling of being left behind might be the driving factor for the emergence of a group within RENAMO, the largest opposition party, which has refused to disarm in spite of the peace agreement signed with the government of President Filipe Nyusi last August. The dissidents around Mariano Nhongo do not accept Ossufo Momade, Dhlakama's successor at the head of the party, as their leader. They have claimed responsibility for attacks against passenger vehicles and merchandise transportation in the center of the country. It is unclear how many followers Nhongo has. 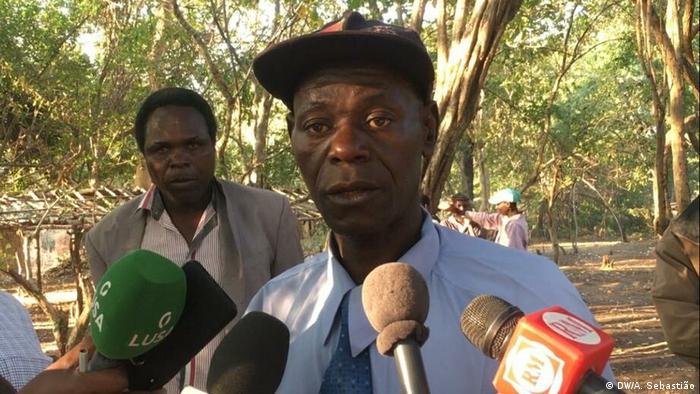 Fears that peace may not hold

Party leader Momade maintains this is a "family affair" which will soon be solved. "This kind of group within RENAMO could serve as a radical flank to elicit more concessions from the party in power, [Mozambique Liberation Front] FRELIMO. That could be in particular the case if RENAMO wins some of the provincial governorships which FRELIMO will be reluctant to hand over to RENAMO," analyst Jentzsch told DW.

Another source of worries is the increase of violence directly related to the election campaign. While FRELIMO, which has been in power since independence in 1975, looks set for another win on October 15, opposition parties have been gaining terrain. For the first time in the country's history, provincial governors will be elected and not appointed by Maputo. "Of course the opposition is bound to win in some provinces," says Adriano Nuvunga of the civil society Centre for Democracy and Development in Mozambique (CCD), greeting this as an important step in democratization. 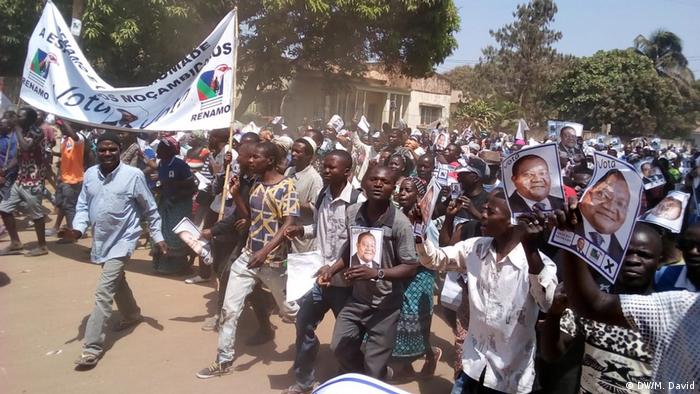 Some political rallies have turned deadly

On the other hand, "it has made FRELIMO, the party in power, pretty nervous," says analyst Jentzsch. This nervousness has led to several instances of violent conflict between party supporters. Security forces are seen as biased in favor of the ruling party whenever conflicts arise. The European Union is clearly worried about the role of the parties' leaderships: "There needs to be a very clear message coming from all party leaders. It's not enough for one party leader to do it, there has to be a concerted effort by all of them," the deputy head of the EU Election Observation Mission, Tania Marques, told DW. On the ground, the situation looks like it could rapidly get out of hand. "We have several observers throughout the country, and they report that campaigners have been chased by supporters of other parties with machetes while out canvassing," activist Nuvunga said.

Voters in the northern province of Cabo Delgado face an additional problem. For the last two years, several districts here have been the target of attacks, which, by conservative estimates, have already left 300 dead. After reports emerged that the attackers might be tied to extremist Islamist groups, the government tried to debunk the theory, arguing that they were mere criminals. Recently, international terrorist organizations like the Islamic State (IS) have claimed responsibility for some of the attacks. The situation remains unclear, especially because the government does not allow journalists and independent researchers to visit the region. But reported sightings of Russian military personnel and arms in the province could mean that Maputo does not feel it can solve the problem alone, analyst Jentzsch says.

Oppression on the rise 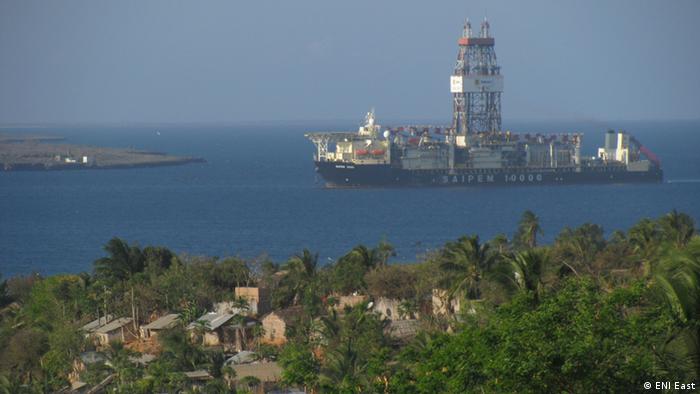 Natural gas reserves were found off the coast of Cabo Delgado, in the Rovuma basin

Daviz Simango, the leader of the second biggest opposition party, the Democratic Movement of Mozambique (MDM), has called for a dialogue with the armed groups. "Instead of oppressing the insurgents, we must ask why they are rebelling and look for ways to reach an agreement," he said at a rally, adding that poverty and a lack of prospects among the young will drive them to join armed groups if the situation doesn't change. The population of Cabo Delgado, a province rich in natural resources, lives in extreme poverty.

The government of President Filipe Nyusi does not seem eager to negotiate. Its heavy handed reaction to events in the north have led non-governmental organizations like Amnesty International to accuse security forces of human rights abuses against the local population. They also point the finger at Maputo for a recent clampdown on freedom of expression, assembly and association across the country. All of which does not bode well for the upcoming elections in Mozambique.

No transparency: Who pays for Africa's election campaigns?

Election campaigns are expensive in Africa, too. Since in many countries there are no government subsidies, the parties depend on private donations. But often there are no legal regulations — a dangerous situation. (21.09.2019)