A Vietnamese court has sentenced more than 20 people to long jail terms after convicting them of trying to overthrow the communist government. This was one of the largest subversion trials in the country in years. 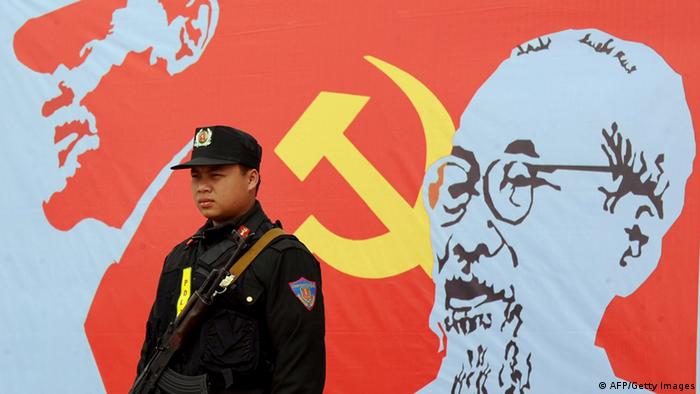 All 22 of those convicted were members of an organization known as Hoi Dong Cong Luat Cong An Bia Son, which means "the council for laws and public affairs of Bia Son," a mountain in the province of Phu Yen, where the trial was conducted.

A court-appointed defense lawyer, Nguyen Hong Que, said the group's leader, Phan Van Thu, 65, was handed a life sentence, while the others received jail terms of between 10 and 17 years.

"Most of the defendants admitted their crime of aiming to overthrow the people's administration," the lawyer told the AFP new agency. "The sentences are adequate for their crimes."

However, one witness in the trial contradicted the lawyer's version of events.

"At the trial, the defendants said firmly that they were not plotting to overthrow the government because their group is not political," the witness, who spoke on the condition of anonymity, told Germany's DPA.

"Members of the group said they were only hired as workers by Mr. Thu. After that they listened to his teachings about morality and Buddhist law. They were only religious, not political."

Although this was one of the largest subversion trials in Vietnam in years, it was not entirely unusual. Dozens of activists have been handed prison sentences since the country's communist government launched a new crackdown on freedom of expression five years ago.

Such trials have been criticized by human rights groups, such as the New York based organization Human Rights Watch, which says Vietnam jailed at least 33 political activists in 2012 alone.