Colombia's government and FARC have spent two years negotiating an end to their half-century armed conflict. The victims are now playing a central role in the struggle for peace. DW's Tobias Käufer reports from Bogota. 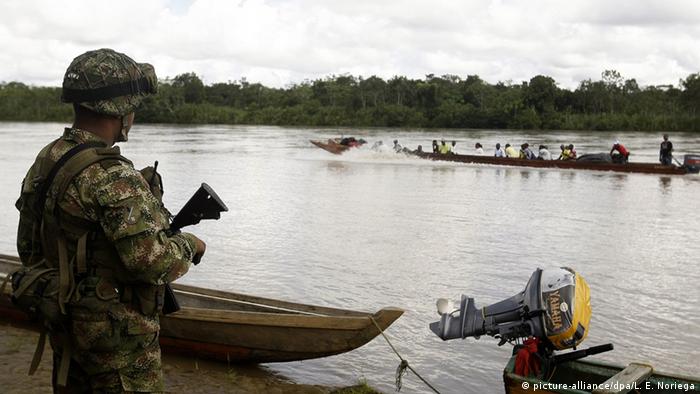 Colombia is trying a new and different method of conflict resolution. "It's probably the first time the victims have been placed at the center of negotiations," Colombian President Juan Manuel Santos said about the peace talks in Havana between his government and left-wing FARC guerrillas that have been going on for over two years.

Selected by the National University, the Colombian Catholic Church and the UN, a total of 60 victims of the decades of armed conflict have taken part in the negotiations in Cuba. The victims were able to directly confront the groups responsible for the violence with the details of their suffering. 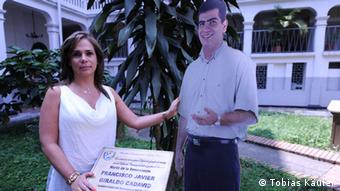 Angela Giraldo's brother was murdered by FARC in Cali

"It's impressive how much solidarity there is among us victims, regardless of which regions or social strata of the country we come from," Angela Giraldo, a victim's relative, said in an interview with DW. Her brother, the local politician Francisco Javier Giraldo, was kidnapped by FARC and held for several years before being murdered.

Giraldo is now working for reconciliation and a lasting peace. "To forgive is not to forget," she said firmly. "In Colombia we now have a mayor of Bogota and a governor who were once guerrillas. It is also possible to attain political power through the ballot box. Violence, murder, torture - all this is no longer necessary," she said, appealing to FARC fighters to finally lay down their weapons and to join the political process.

The negotiations between FARC and the government have been difficult, but they are making progress. Most recently, they were put to the test following the kidnapping of an army general. FARC released him after a few days when the president threatened to break off the talks.

Santos himself has set the ambitious goal of signing a peace treaty with FARC in the course of this year. But the date is not set in stone. Santos is seeking help from the international community. To support the peace process, Germany has offered a loan of about 300 million euros ($340 million). Foreign Minister Frank-Walter Steinmeier is visiting Colombia over the weekend to see the progress of the talks for himself.

Giraldo, who was honored at the beginning of the year with the Franco-German Human Rights Award by the ambassadors of both countries, says this sends an important signal. "Colombia will not be able to do this alone," she said.

Europe, she says, serves as a possible model for her country. "The peoples of Germany and France have succeeded in coming together today despite wars, bloodshed and hatred," she said. "Today they stand side by side and are joined by a deep friendship. Why should we not also be able to succeed?"

The "experiment" with the victims of the conflict really is groundbreaking. Those who suffered under right-wing paramilitary violence, left-wing terror and official army misdeeds are now comparing notes. In Havana, they confronted not only the rebels, but also the government, with the results of their violence, lending a very human, and very emotional note to the proceedings. At the negotiating table, their fates were tangible and could not be explained away. 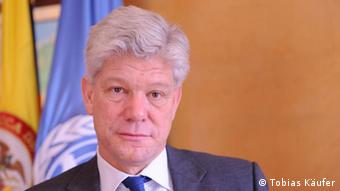 Fabrizio Hochschild, the highest-ranking UN official in Colombia, is convinced of the importance of the victims' testimony. He said their words had reminded the delegations that it is the people who pay the price in this war.

"Their message to the negotiating teams was clear," Hochschild said in an interview with DW. "You must subordinate your political differences to peace."

And the victims themselves are beginning to organize themselves effectively across all political camps. There are Skype conferences, email contacts and intensive discussions. 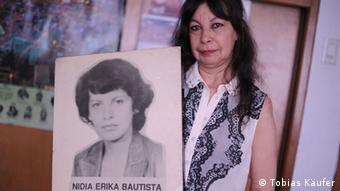 Yanette Bautista does not want others to meet her sister's fate

"I believe the victims have great potential to change the course of this conflict," said Yanette Bautista, whose sister was murdered by right-wing paramilitaries. She, too, received the Franco-German Human Rights Award for her work for the victims of the conflict.

Bautista and Giraldo belong to two very different political camps, and they have vastly different ideas when it comes to the future of their homeland. But what unites them is the same goal: "Peace is worth fighting for," Bautista said.

And they agree violence should never take the place of politics: "No family should ever again have to suffer what was done to us," Giraldo said.

A Colombian judge has rejected the attorney general's office's request to shelve a probe into former President Alvaro Uribe, who has been accused of witness tampering.