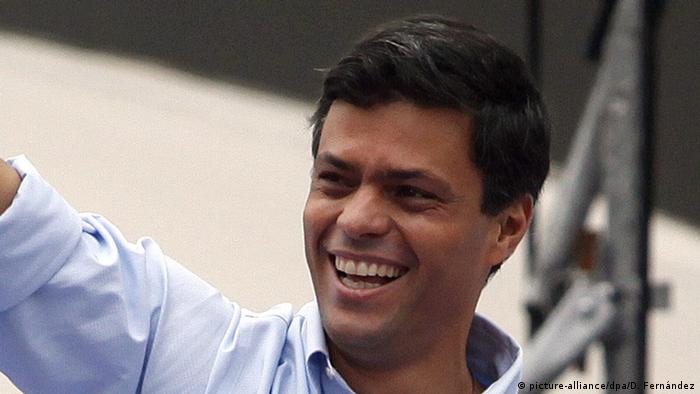 Lopez was sentenced for inciting violence at anti-government protests in 2014 in which 43 people died. Human rights groups and foreign governments widely raised concern the conviction was politically motivated.

Venezuela's judicial system is in the hands of the President Nicolas Maduro's Socialists, who have used the body to quash the opposition. One of the prosecutors in Lopez's case, who is now seeking asylum in the United States, admitted the government ordered him to arrest the opposition leader despite insufficient evidence.

Lopez is one of the most popular politicians in Venezuela.

Thursday's ruling is final. Lopez's lawyers say they plan to take the case to international courts, but it is doubtful Venezuela will recognize the outcome.

The Venezuelan government called the meeting an "intrusion and aggression" organized by opposition "lobbies" within the "Miami mafia."

The latest tensions between Washington and Caracas come after Maduro's government on Thursday said it would stop CNN's Spanish affiliate from broadcasting over the internet.

A day earlier, it ordered cable services to take CNN en Espanol off the air for conducting "war propaganda" after the popular outlet published an investigation into alleged fraud in granting Venezuelan passports and visas.

On Monday, the US slapped sanctions on Vice President Tareck El Aissami for playing a "significant role" in international drug trafficking.

Venezuela's dual political and economic crises have triggered riots and looting as the oil rich country experiences shortages of food, medicine and other staples.

The opposition coalition blames Maduro for the problems and wants a popular vote on removing the Socialist leader.