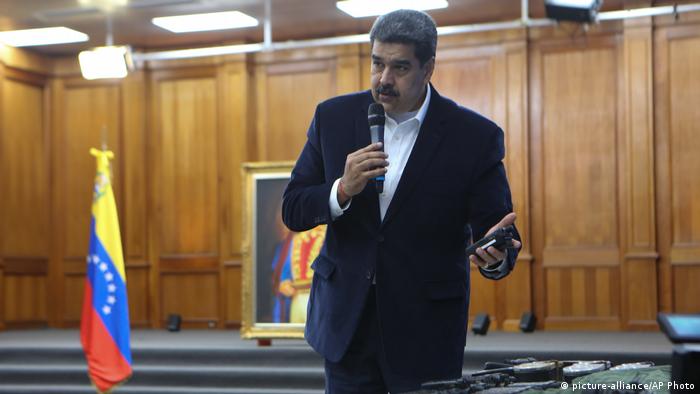 Venezuela's government said on Wednesday that two US nationals, captured in a failed raid against President Nicolas Maduro, will be brought to trial in the South American country.

"They are convicts, confessed, caught red-handed and are being judged by the republic's attorney general, by Venezuela's civil courts, and the process will be full of guarantees and fair," Maduro said.

The two Americans were caught by Venezuelan authorities and arrested in the isolated coastal town of Chuao, some 60 kilometers (40 miles) west of Caracas' airport, in what appeared to be a small-scale invasion.

Eight other people allegedly involved in the same operation were killed, Maduro's government said. Authorities subsequently published photos of what they said was the group's boat, loaded with ammunition, weapons and communication equipment.

The two Americans, 34-year-old Luke Denman and 41-year-old Airan Berry, were being "well treated, with respect," Maduro said, adding that they were members of US security forces.

But the US has denied any involvement with the group. President Donald Trump said the failed raid had "nothing to do with the US."

Venezuelan Attorney General Tarek William Saab also accused US-backed opposition leader Juan Guaido of being involved in the plot. Saab said on Monday that Guaido had signed a $212 million (€196 million) contract with "hired mercenaries" using funds seized by the US from the state oil company PDVSA. 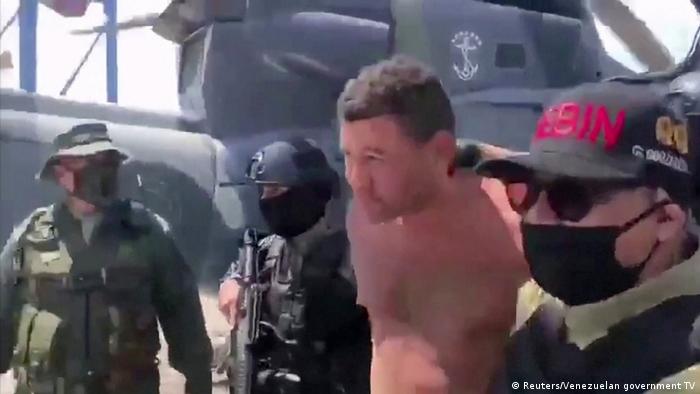 Venezuelan state television broadcasted a video on Wednesday of Denman claiming to have been instructed to seize control of Caracas' airport, with the purpose of capturing and then transporting Maduro by plane to the US.

"Donald Trump is the direct chief of this invasion," Maduro said on a televised address, after the video of Denman was broadcast.

In the video, shot from an undisclosed location, the US national answered questions from a person off-camera speaking in English.

"I was helping Venezuelans take back control of their country," said Denman. The former US special operations forces member said he had been recruited by fellow army veteran Jordan Goudreau.

Goudreau is the head of Silvercorp USA, a Florida-based security firm. Denman said Silvercorp had signed a contract with opposition leader Guaido to seek Maduro's removal, something Guaido's team has vehemently denied.

The self-proclaimed interim president said in a statement that Maduro knew about the operation, and that authorities had infiltrated the group and waited for them to land to "murder them."

For his part, Goudreau has confirmed his role in the operation and in an interview with AP, he claimed to have contacts with the opposition and to be leading training camps along the Colombian border to lead operations against Maduro.

The Venezuelan government said on Wednesday that it would formally request Goudreau's extradition from the US. 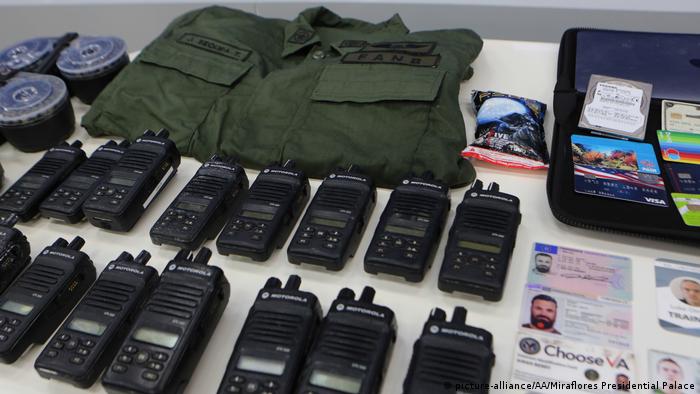 Maduro-ally Russia said Wednesday that it did not believe Washington's claim of non-involvement in the mercenary plot.

"Washington's statements that 'the US government has nothing to do with what happened in Venezuela over the last few days' sound unconvincing," the Russian Foreign Ministry said in a statement.

Moscow pointed to warnings by the Trump administration that "all options" are on the table, in its quest to topple Maduro.

The Russian ministry said "the actions of the mercenaries deserve unequivocal and decisive condemnation," especially during the coronavirus pandemic.

"There should be no place on Venezuelan soil for mercenaries sent from elsewhere," the statement added.

Moreover, the Russian Foreign Ministry condemned "certain countries" for their "political tunnel vision and obsession with removing the lawful president of Venezuela from power."