Among those released were Manuel Rosales who was arrested in 2014 after returning from a self-imposed exile in Peru. The other prisoners were also arrested in 2014; they were protesting outside the UN offices in Caracas. 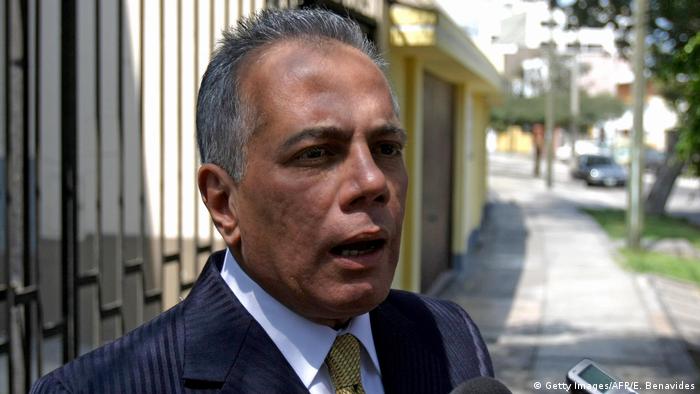 Manuel Rosales (pictured), the one released from house arrest, tweeted the information to his countrymen.

Rosales was imprisoned in 2015 after returning to Venezuela from Peru, where he had fled six years earlier. At the time he was charged with illegally enriching himself by the government of the late socialist leader Hugo Chavez. He was granted house arrest in October.

Rosales is a former governor of Zulia state who ran for president in 2006 - he was freed before dawn Saturday along with five other activists who opposition groups consider political prisoners.

The five activists were released from prison on the condition that they not leave the country and appear periodically in court, according to lawyer Gonzalo Himiob of rights group Penal Forum.

They had been arrested in 2014 when the opposition led a wave of protests pressing for President Nicolas Maduro's resignation.

The most prominent activist released was Gerardo Carrero. He led a group of students who camped-out for weeks outside the United Nations offices in Caracas. They were trying to draw attention to a government crackdown on protests blamed for scores of deaths.

Venezuela's Information Ministry did not comment on the releases.

The political opposition leaders claim Maduro's government is holding nearly 100 political prisoners who were unjustly jailed for protesting against his administration, including former mayor and opposition leader Leopoldo Lopez.

Maduro maintains that the country doesn't hold political prisoners, and insists that those in jail were arrested for involvement in street violence or in plots to overthrow his government.

Venezuela has formally ceded the rotating presidency of Mercosur to Argentina amid an acrimonious dispute over its suspension from the trade bloc. Caracas has refused to acknowledge its expulsion from the group. (31.12.2016)

Crates holding 50,000 new banknotes have arrived in Venezuela amid a currency crisis and growing social unrest. A delay last week, which President Nicolas Maduro blamed on the US Treasury, had sparked protests. (19.12.2016)