Human bones found close to the tombs of two 19th-century German princesses will be examined by forensic experts. Not only is the mystery of a teenager's 1983 disappearance yet to be solved, but a new puzzle has surfaced. 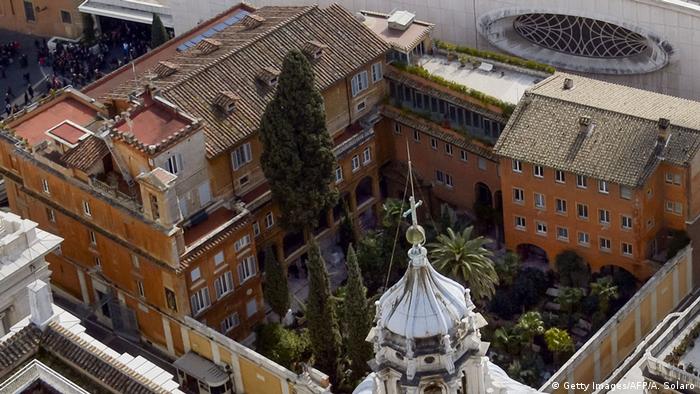 Another twist emerged on Saturday in the puzzle surrounding the disappearance 35 years ago of a Vatican employee's 15-year-old daughter.

The Vatican confirmed that two sets of bones were found in two ossuaries discovered this week after excavators opened the nearby tombs of two 19th-century German princesses in a cemetery adjacent to St. Peter's Basilica.

Officials found that the tombs were empty, but the bones were found nearby.

Experts were searching for the remains of teenager Emanuela Orlandi, who failed to return home from a music lesson in Rome in 1983.

Her family received a tip that she might be buried in the cemetery of the Pontifical Teutonic College, but Vatican officials had said on Thursday that no remains were found.

Giving an update on Saturday, Vatican spokesman Alessandro Gisotti said the bones were located in holes carved out of a large stone that was covered by an old pavement stone a few meters from the princesses' tomb.

Experts to view bones next week

He said the area was immediately sealed and would be opened in the presence of forensic experts on July 20. 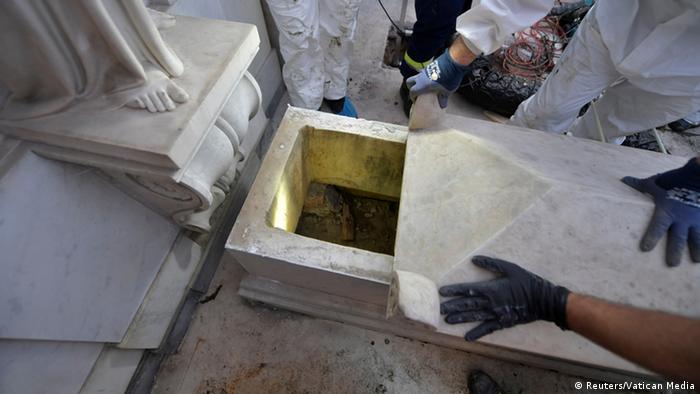 Vatican's Teutonic Cemeter is a small graveyard beyond St. Peter's Basilica but is off limits to tourists

Orlandi's brother, Pietro, has kept the mystery of her disappearance alive, helped by Italian media.

The vanishing teenager case has been linked to everything from a plot to kill Pope St. John Paul II to the financial scandal of the Vatican bank and Rome's criminal underworld.

In 2017, a newspaper published a five-page document that had been stolen from a locked Vatican cabinet that suggested the Holy See had been involved in Orlandi's disappearance. The Vatican denied the document was real.

Shortly after her disappearance, police did not exclude the possibility that Orlandi may have been abducted and killed for reasons with no connection to the Vatican or been a victim of human trafficking.

Also on Saturday, the Vatican said it would also examine records of structural work nearby for any light which could be shone on the issue of missing remains of Princess Sophie von Hohenlohe, who died in 1836, and Princess Carlotta Federica of Mecklenburg, who died in 1840.

The Teutonic Cemetery is a burial ground just inside the Vatican walls used over the centuries mainly for Church figures or members of noble families of German or Austrian origin.