The Vatican's bank has published its first-ever annual report as part of Pope Francis' reform drive. He is also due to convene talks with eight cardinals to map out administrative reforms in the church worldwide. 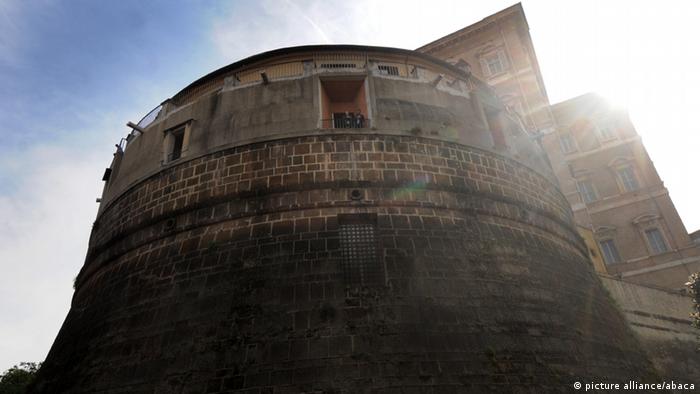 The Vatican bank published its accounts for the first time on Tuesday, showing that its earnings in 2012 were 86.6 million euros ($117 million), four times higher than in 2011.

The bank's new president Ernst von Freyberg said the bank, known internally as the Institute for Works of Religion [IOR, using the Italian-language acronym], was "working hard" to improve its transparency, compliance and organization.

More than 50 million euros of the 2012 profit was given to the papal chair for charitable works, said the report. The bank, founded in 1942, runs the Vatican pension system and oversees 6.3 billion euros in customer assets.

Its clients include religious orders, Vatican embassies, individual cardinals and foreign embassies accredited to the Vatican.

Pope Francis set up a pontifical commission in June to inquire into the IRO bank's behavior after decades of secrecy and intrigue.

The bank was once a main investor in the failed Banco Ambrosiano. Its chairman Roberto Calvi was found hanging from a bridge in London in a suspected murder by mobsters. No one was ever convicted.

A previous director of the Vatican bank, Paolo Cipriani, and deputy, Massimo Tulli, resigned in July amid a probe into alleged money laundering by Rome prosecutors. That investigation is still under way.

The 100-page IOR report discloses that in 2012 the bank had 41 million euros in gold, metals and precious coins; owned a real estate company; and had two bequeathed investment properties worth 1.9 million euros.

“Gay people should not be marginalized.” That recent remark from Pope Francis has drawn huge attention. But was he signaling a new position toward homosexuals, or was he just misunderstood? (31.07.2013)

It also dispersed nearly 26 million euros in loans in 2012. Von Freyberg said the hiring of outside experts for the transparency process, combined with rising interest rates, would cut into earnings in 2013.

On Tuesday, Pope was due to bring together a "cabinet" of eight cardinals in a novel initiative to get local church leaders involved in helping make decisions for the church that lays claim to 1.2 million members.

One key agenda item is an overhaul of the Vatican bureaucracy. Another is how to give women a greater role in the church, short of priesthood.

The worldwide reform group We Are Church wrote recently to the Pope, asking for a greater say among lay Catholics in the selection of bishops and for officials to be removed if they mishandled cases of sexually abusive priests.

The church under its previous pope, Benedict XVI, was shaken last year by a scandal over leaked documents that exposed turf battles and infighting inside the Vatican.

In an interview published on Tuesday by the left-leaning La Repubblica newspaper, Pope Francis promised to do everything in his power to change the Vatican's mindset.

He told the newspaper's atheist editor that too many previous popes in the Church's long history had been "narcissists" who let themselves been flattered by their "courtier" aides.

"The (papal) court is the leprosy of the papacy," said Francis. He also called for the church to engage more with the modern world.

Conservatives and traditionalists, however, have reacted with alarm to the direction taken by Francis.