Former Fox TV reporter Greg Burke is to be the spokesman for Pope Francis with Paloma Garcia Ovejero as his deputy. Burke is also a member of the Opus Dei movement. Burke takes over from the 73-year-old Reverend Federico Lombardi who has been Vatican spokesman for a decade. Burke had been Lombardi's deputy since December after working as a communications adviser in the Vatican's secretariat of state since 2012. Lombardi is a Jesuit, as is Pope Francis, while Burke is part of the conservative Opus Dei movement. 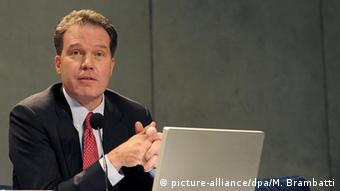 Spain's Paloma Garcia Ovejero became the first woman to be appointed deputy spokeswoman. She is currently the Vatican correspondent for Spanish broadcaster Cadena Cope of the Spanish bishops' conference and speaks Spanish, English, Italian and Chinese.

The appointments are part of the Vatican's efforts to make the church more international in focus. "Obviously Italian is the internal language of the Vatican," Burke said. "But half of the Catholic world population is Spanish-speaking, and if you want to speak to the globe, the language is English." 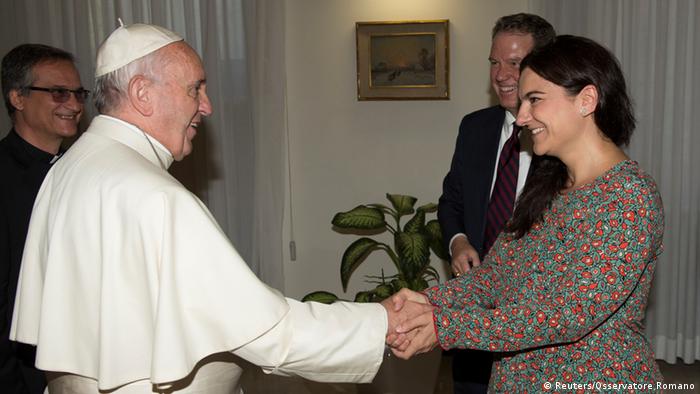 They are also part of the overhaul of the Vatican's communications under the central authority under the new Secretariat for Communications headed by Monsignor Dario Vigano. Pope Francis has used social media to spread his message: the Pontifex handle on Twitter has 9.5 million followers in English. It is available in English, Spanish, Italian, Portuguese, French, German, Polish, Latin and Arabic. In March an Instagram account showed the Pope with the words "pray for me" in nine languages.

Lombardi was named spokesman exactly 10 years ago, in addition to his role as director of Vatican Radio. He said the time had simply come for the change, adding he did not know what he would do in the future: "I don't foresee disappearing completely from the Vatican," perhaps carrying out an informal communications advisory role.

The two new officers will take up their new positions on August 1.

A Vatican court has cleared two Italian journalists who published leaked Church information. Two out of three Vatican officials, however, were sentenced for their roles in the confidential leak. (07.07.2016)

Pope Francis has said that gays deserve an apology from Christians for the way they have been treated. He also said apologies were owed to other groups marginalized by the church, such as women and the poor. (27.06.2016)

At an outdoor mass in Madrid the Roman Catholic church has beatified Bishop Alvaro del Portillo, who until his death in 1994 led Opus Dei. The once secretive sect has lost influence at the Vatican, say analysts. (27.09.2014)

Inside Europe: Allegations of dodgy dealings at the Vatican