The former Greek finance minister is no longer in office, but he doesn't steer clear of politics. With books, lectures and speeches, Varoufakis hopes to influence the current debate on the future of Europe, he tells DW. 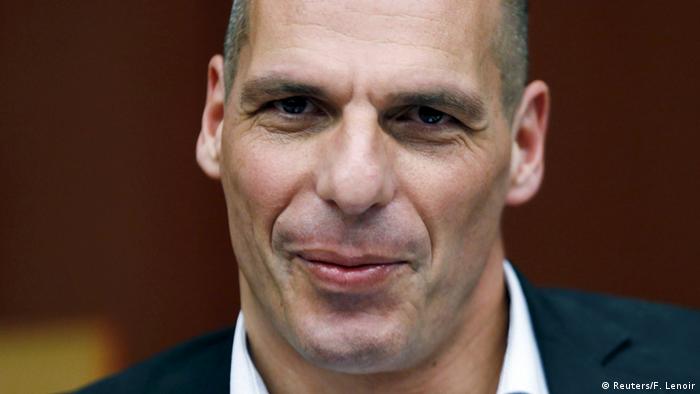 DW: Mr. Varoufakis, you have written a book called "Time for Change," in which you try to explain economics to your teenage daughter. Why?

Yanis Varoufakis: To be entirely honest with you - my publisher suggested it, and it sounded like a good idea. If you can't explain complicated ideas to a teenager in a way that is compelling and informative, that probably means that you don't understand those ideas very well yourself. So it was a bit of a test for me to see if I could do it and in the process give an opportunity to adults to hide behind a child's narrative and be informed about larger, quite significant issues.

In Greece, things seem to be getting complicated again. The eurozone countries are not happy with the speed of Greek reforms and threaten to delay the transfer of financial aid. How would you explain to your daughter that despite all the crisis summits, Greece's situation hasn't changed all that much?

Oh, that's not difficult. We can all explain this to our children, and to ourselves. If somebody has gone bankrupt, and you want to pretend that wasn't the case, then you lend them more money, so they can use the new loans to repay the old ones. If in addition you impose conditions on them that will shrink their income, then even an eight-year-old child knows that this cannot end well.

'Tsipras is not going to succeed'

The Greek Prime Minister Alexis Tsipras has promised to implement the reforms that were agreed upon in the bailout program. What do you expect for the months and years ahead?

Tsipras is not going to succeed, and he knows that. I resigned because I was not prepared to sign up to a reform program that was impossible to implement. Tsipras clearly stated that he was forced to accept this program, although he did not believe it could be implemented. We now have this ludicrous situation where the powers that be in Europe - including the International Montary Fund, the European Central Bank, the German and the Greek governments - are all pretending to be implementing a program which they know cannot be implemented. I refused to be part of these shenanigans, and that is why I resigned.

You and Tsipras once shared the same views. But after the Greek bailout referendum in July, Tsipras did a U-turn and accepted the creditors' demands, while you stepped down. How would you explain to your daughter the disappointment you must surely have felt?

She would have known, because this resignation split up good friends and comrades. It was not an easy decision for me, and it was not an easy decision for Tsipras. It is never easy to accept surrender. This was a genuinely sad moment. But I do not regret what I did, because I entered politics not in order to be a professional politician, but to do what I thought was right. When that became impossible, I exited. 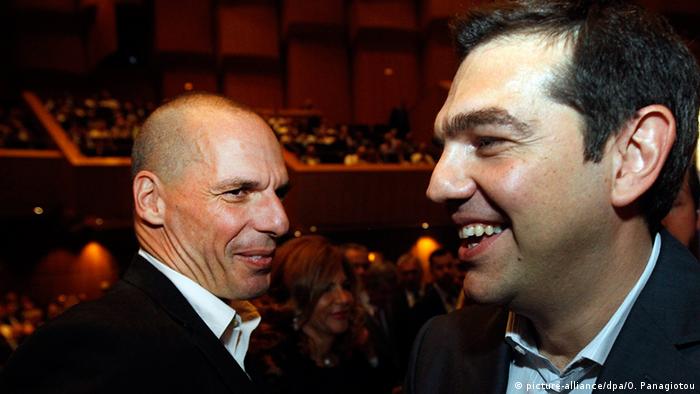 "Comradely fashion" - Varoufakis and Tsipras (r.) in May 2015, before they parted ways

How is your relationship with Tsipras now?

Alexis and I have never had a cross word between us, we never fought. Even that night when I resigned it was all done in a comradely fashion. We agreed to disagree. We have seen each other on a couple of occasions, but have not really spoken. Let's face it - there is very little to talk about when he is committed to this program which I consider to be calamitous.

Can you understand his decision?

How long do you think the current Greek government will last?

It really does not matter. In the last five years, we effectively had three governments which all tried to implement a program that is impossible to implement. Now that my former colleagues and comrades are following the illogical logic of the past five years, the result will be the same.

When you look back at your time in power, is there anything you would do differently, in hindsight?

If I answered "no," this would mean I was a fanatical fool and a very dangerous person. Of course there are many things I would have done differently. But the fundamental position was correct - I wouldn't sign another loan agreement where I, on behalf of the Greek people, would accept from Europe's tax payers another large amount of money, before the Greek debt and the Greek social economy were restructured sufficiently in order to make us solvent again.

'Europe has to change'

Your book is called "Time for Change," and some of the conferences at which you have been speaking recently spread slogans such as "Another Europe in Possible." You didn't manage to bring about that change while you were in power. What makes you think that it can be achieved now?

We had an opportunity. We did not make the best use of it. But Europe is much larger than us - Tsipras, me, the Greeks. And Europe has to change. The present institutions in Europe and particularly in the eurozone are unsustainable. We created a monetary union without a government, but with a central bank that doesn't have a federal government to support it. And we have national governments without central banks to support them. This is a terrible construction.

The only forum were decisions are made on a European level is the Eurogroup, which, as I was told in no uncertain terms, is an informal group that is not even instituted by European treaty laws. So there is urgent need for substantial change. And if we don't guide that change democratically and in dialogue, it will simply happen upon us, and it will be an awful change for the worse.

We don't have a forum where we can have a sensible conversation about these matters. So we end up with authoritarianism and an attempt to impose rules that have been overtaken by reality. The result is a deflationary Europe that is the sick man of the world economy, which is bad for Europeans and bad for the world.

Germany will probably miss its goal of a balanced budget because of the rising costs for refugees. Given Germany's hardline position in the negotiations with Greece in the summer, what do you think of its current refugee politics? 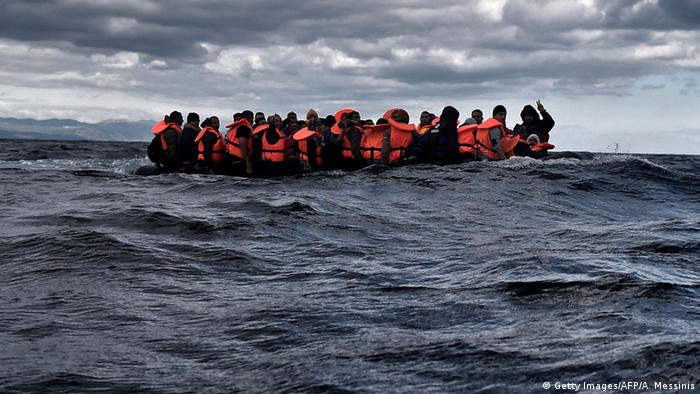 As a European, I am exceedingly proud of Chancellor Merkel for her principled stance on the question of refugees. This is an example of how misguided the criticism is of Germany as the source of problems for Europe, which is prevalent not just in Greece, but in France, in Italy, and in Spain. I believe Chancellor Merkel's stance can be a harbinger of good things to come for Europe. When somebody knocks at your door who is hungry, who has been shot at, who is injured, you have a moral obligation - and I believe chancellor Merkel understands that - to open the door, whatever the cost, and take them in. By doing this, we are reconfirming our European humanism.

You are currently traveling a lot to give lectures and speeches all over Europe. Would you consider running for elected office again some day?

That will come when there is a possibility of changing something from elected office. We have constructed Europe in such a way that those who hold office may be in government, but they are not in power. So we need a conversation to decide what we as Europeans want to do. I want to participate in this conversation and energize it.

Yanis Varoufakis, an economist, served as Greek Finance Minister from January 25 until July 6, 2015, and was member of the Hellenic Parliament for the ruling Syriza party until September 20, 2015. His latest book "Time for Change. Talking to my daughter about the economy" is not yet available in English. The German version was published by Hanser Verlag.

Prime Minister Alexis Tsipras has made few changes to his former cabinet after his Syriza party won snap elections. Marxist economist Euclid Tsakalotos was reappointed as finance minister amid a crippling debt crisis. (23.09.2015)

Eurogroup: Athens, it's now or never

The eurozone finance ministers have approved the 86-billion-euro bailout for Greece. Germany's Schäuble has called on Athens to "take advantage of the situation," Bernd Riegert reports from Brussels. (17.08.2015)

A decision by Germany's constitutional court has sparked fears among renters that they could now be hit with sudden rent increases.