Spanish artist Miquel Barcelo is preparing to unveil one of his most important works so far at the United Nations headquarters in Geneva while still at the height of his artistic glory. 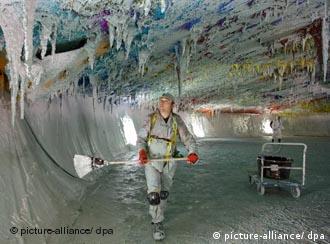 Barcelo, pictured, has been compared to Miro and Picasso

Only a political squabble over the cost of the art work has been able to cast a shadow over the significance of Barcelo's piece, the opening ceremony for which will be attended by UN Secretary-General Ban Ki-moon, Spain's King Juan Carlos and Prime Minister Jose Luis Rodriguez Zapatero on Tuesday, Nov. 18.

Barcelo, who is being compared with Pablo Picasso (1881-1973) and Joan Miro (1893-1983), worked for 13 months on redecorating a negotiating room which will now be known as the Chamber for Human Rights and the Alliance of Civilizations.

The Alliance of Civilizations project was launched by Zapatero and his Turkish counterpart Recep Tayyip Erdogan to improve dialogue between the West and the Muslim world in 2006.

The ceiling created by Barcelo has been compared with Michelangelo's work at the Sistine Chapel. It turns the room into a cave dripping with thousands of multicoloured stalactites and is swept over by a stormy sea.

"The cave is a metaphor for the agora, the first meeting place of humans, the big African tree under which to sit to talk, and the only possible future: dialogue, human rights," Barcelo explains. 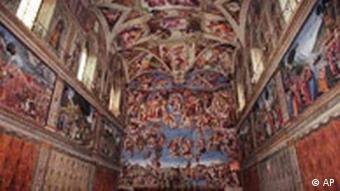 "The sea is the past, the origin of the species, and the promise of a new future: emigration, travel," he adds.

The 51-year-old artist describes his new work as "reaching towards the infinite, bringing a multiplicity of points of view," like "El Libro de Arena" ("The Book of Sand," 1975) by the late Argentine writer Jorge Luis Borges, whose grave Barcelo visited during his stay in Geneva.

Few question the artistic value of the ceiling created by Barcelo, but its cost has sparked controversy.

The renovation of the room cost nearly 20 million euros ($25 million), 60 percent of which was covered by Spanish sponsors.

The rest was paid for by the government, including 500,000 euros that were taken from a development aid fund.

"Art has no price," Foreign Minister Miguel Angel Moratinos said, alluding to criticism from the conservative opposition which said the money should have been used for vaccinating children or opening water holes in developing countries.

But the government countered the comments, insisting the money did not come from funds which would have been used for such projects.

Talk of the money having been "stolen from the poor" was not a reflection of reality, said Barcelo.

Barcelo's art an "act of resistance"

The Spaniard's team included 20 specialists ranging from a speleologist and a cook to architects and engineers. Special machinery was designed to create the artificial stalactites some of which weigh more than 50 kilograms (110 pounds). 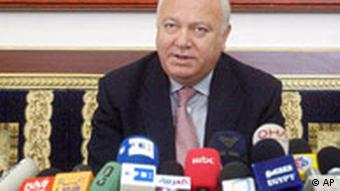 Barcelo, who has mastered nearly all artistic techniques -- ranging from painting and sculpture to performance art -- soared to fame early in his career and is now regarded as one of the world's top contemporary artists.

Dividing his time between his native Majorca, Paris and Mali in West Africa, Barcelo has absorbed a wide range of influences such as European baroque and other African styles.

"To think that art has made a lot of progress between (the cave paintings of) Altamira and (Paul) Cezanne is a vain and Western attempt," says the artist, who has described painting as "mud that I stir with a stick."

Fascinated by processes of transformation on land and in the sea, Barcelo sees his art as an "organized chaos" and as an "act of resistance."

Among his other projects is a collection of modern terracotta murals created for a Gothic chapel in the cathedral of Palma de Majorca, which was finished in 2007.

But with such venerated work behind him, the award-winning artist has vowed not to become an "official dinosaur."

"I don't want to spend my life doing mega-projects or big pharaonic works," he insists.

Berlin is playing host to a large number of art exhibitions and fairs, featuring work by Jeff Koons and Paul Klee as well as a slew of international artists from India to Mexico, South Africa to Romania. (01.11.2008)

The industrial areas of Germany, France and Poland have all been fueled by one thing: coal. Now a group of international artists are using the fuel to spark dialogue. (01.09.2008)

France: Funding An Artistic Project With A European Dimension

For nearly 20 years, a network of theater companies has been able to share ideas and productions across Europe -- despite language barriers and long distances. EU funding has helped this work thrive. (21.03.2007)