Uzbekistan's men have won chess' most prestigious international team tournament in Chennai, fending off stiff competition from India's B team and Armenia. Ukraine won the women's event, ahead of Georgia and India. 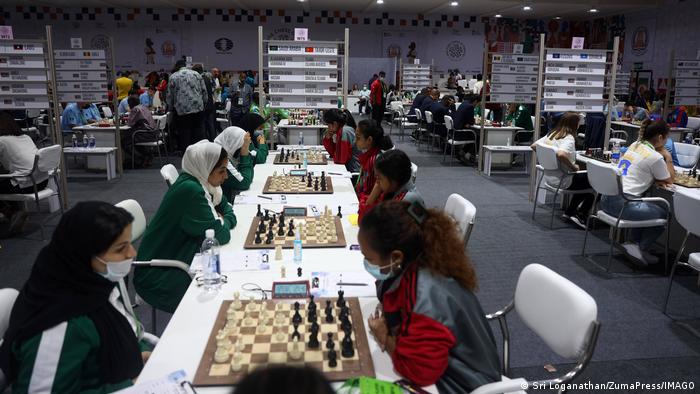 Uzbekistan has won the 2022 Chess Olympiad in India, dashing the hopes of glory of Armenia and of India's second team, which completed the podium in the open competition.

The Uzbek team, led by 17-year-old Nodirbek Abdusattorov, showed that its captain's shock victory earlier this year in the individual World Rapid Championships was no outlier and, indeed, that the entire country is currently laden with young talent: All bar one of Uzbekistan's five players are under 21.

In Tuesday's last round of games, Uzbekistan beat the Netherlands to preserve its spot at the head of the leaderboard.

The country was among the front-runners based on average player ratings before the tournament, seeded 14th overall. 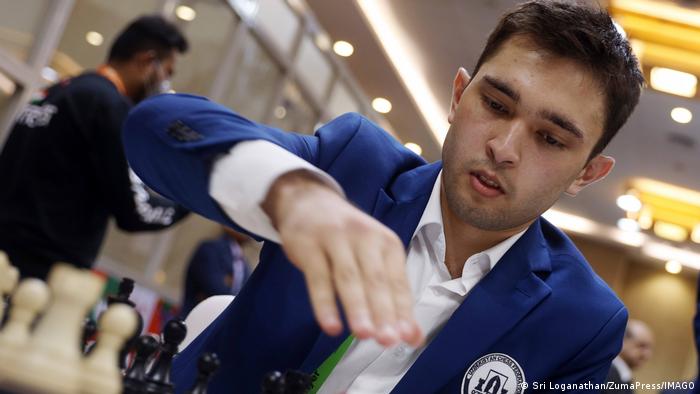 Nodirbek Yakubboev is a member of the winning Uzbek team

Gukesh and Abdusattarov laying claim to the future

Meanwhile, home nation India had been hoping for glory for most of the competition — albeit from their second-string team, not their highest-rated one.

India 2, another team made up almost exclusively of teenagers with only one player in his 20s, had been defying expectations from the start on the back of almost perfect performances from 16-year-old Dommaraju Gukesh (better known as Gukesh D). Playing on the top board, and therefore facing the strongest player of each of India 2's opponents, Gukesh won all of his first eight games and then drew the ninth.

Like Uzbekistan, India is renowned for its extremely strong generation of emerging teenage grandmasters, who are maturing in the aftermath of Viswanathan Anand's eight years as world champion. Anand took to Twitter to congratulate "the boys" for their bronze medals.

The three tournament favorites by rating — the US, India's first team and Norway, led by outgoing world champion Magnus Carlsen — all struggled to match the bookmakers' expectations. India rolled in fourth, the US finished fifth overall, and Norway could not manage a top-25 finish.

In the women's competition, the favorites did live up to their billing, just in the wrong order. Second seeds Ukraine took the top prize, ahead of third seeds Georgia, with top seeds and hosts India holding on to a podium position in third.

Meanwhile, Swedish legend Pia Cramling bucked the trend of a tournament dominated by youth, winning the award as the strongest women's board 1 player aged 59. Cramling played the competition alongside her daughter Anna, on Sweden's board 2.

The host nation also won an extra award as the best-performing country overall at the entire competition, with its women finishing third, its men's B team coming in third, and its top men's team claiming fourth place.