US workers rescued after falling ill at South Pole

A rescue crew has transported two US workers from a remote research base on South Pole in a small plane, braving polar darkness and extreme cold. The flight from the base to the edge of Antarctica lasted around 10 hours. 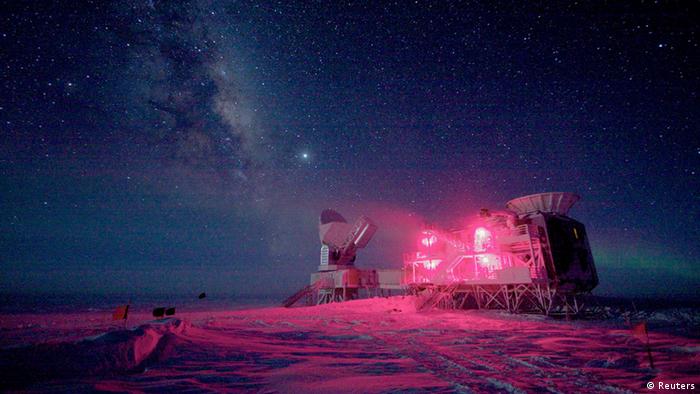 The two patients were picked up from the Amundsen-Scott station, which is located some 250 meters (273 yards) from the geographic South Pole, a spokesman said on Wednesday.

Under normal circumstances, no planes fly to the base between February and October due to the harsh conditions of the austral winter. However, the rescuers were forced to make the 10-hour journey after two of the workers at the site fell ill.

"It was really an emergency," said Peter West, a spokesman for the US National Science Foundation (NSF) which runs the polar base.

The rescuers used a small Twin Otter turboprop plane, West told the AFP news agency. The Canadian aircraft is specially designed to cope with extreme cold, helping it withstand the trip with temperatures dropping to -60 degrees Celsius (-76 degrees Fahrenheit) at the pole.

Pilots were also flying in complete darkness, as the long Antarctic night would only be over in September.

"The air and Antarctica are unforgiving environments and punishes any slackness very hard," said Tim Stockings, operations director for the British Antarctic Survey in London. "If you are complacent it will bite you."

"Things can change very quickly down there" with ice from clouds, high winds and snow, he said.

The plane with the two US nationals made it to Amundsen-Scott base and back to the British Rothera facility, a station on an Antarctic peninsula closest to South America. The patients would likely be taken to Chile for treatment.

NSF did not disclose the workers' names or conditions for privacy concerns. The foundation said the base was home to 48 people, nine of which are women.

Scientists have operated the Amundsen-Scott station since 1956. Among other functions, the employees use telescopes to monitor "cosmic microwave background" radiation. The light signatures originated during the Big Bang and can give hints on dark energy, dark matter and origins of the universe.

Auroras as seen from space: When the sky's on fire