US, UN hail recapture of Iraq's Mosul from 'Islamic State'

US officials have congratulated the Iraqi government after it announced it has retaken the northern city of Mosul from IS. But the United Nations says the humanitarian crisis there is far from over. 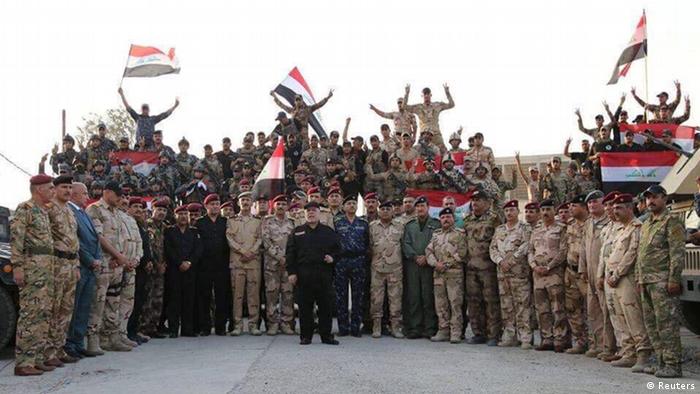 Iraqi Prime Minister Haider al-Abadi on Monday formally announced victory over the "Islamic State" (IS) militants who have held the city of Mosul for three years.

Al-Abadi had been in the city on Sunday to congratulate Iraqi soldiers on recent gains, but stopped short of declaring victory to the public himself. Over the past few months, the Iraqi government has often said that the defeat of IS in the city was imminent.

US Secretary of State Rex Tillerson called the liberation of Mosul after a nearly nine-month offensive a "critical milestone" in the fight against the extremist group. Tillerson added that the US and its coalition partners would continue to work closely with the United Nations to stabilize areas in the city, saying there was still much work to be done.

The US president later also issued a statement saying that "the victory in Mosul" signaled that IS' "days in Iraq and Syria are numbered."

Read more: Opinion: Will victory against IS bring peace to Mosul? 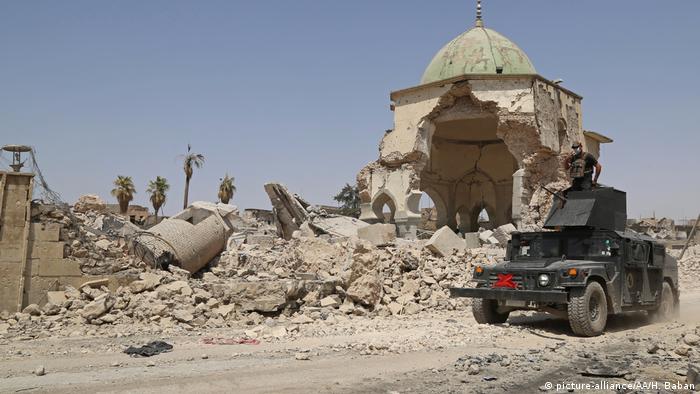 The words of congratulation from Washington came after al-Abadi declared IS' defeat in Mosul in a televised speech.

"I announce from here the end, the failure and the collapse of the state of falsehood and terrorism, which Daesh declared from Mosul," al-Abadi said, using an Arabic term for the militant group, which three years ago used Mosul as a base in establishing what it called a "caliphate" that would take over the world.

But Iraq's prime minister warned that the work of creating stability in Mosul and clearing smaller IS cells still remained.

Iraqi government units formed a coalition with Kurdish peshmerga fighters and Shiite militias to recapture the city, and the groups also received key air and ground support from a US-led coalition.

The United Nations welcomed the recapture of the city, with UN Secretary-General Antonio Guterres calling it "a significant step in the fight against terrorism and violent extremism." In his statement through a spokesman, he also offered condolences for the lives lost to the militants, and pledged to provide UN support to displaced communities and to restore the rule of law in the region.

With some hundreds of thousands of civilians having fled their homes since the government offensive began in October, according to UN figures, the plight of the displaced remains a major challenge.

US Humanitarian Coordinator for Iraq Lise Grande said that although the fighting might be over, the humanitarian crisis was not.

"Many of the people who have fled have lost everything. They need shelter, food, health care, sanitation and emergency kits," she said, adding that the trauma experienced by people in the city was "some of the highest anywhere."

"What people have experienced is unimaginable," Grande said. 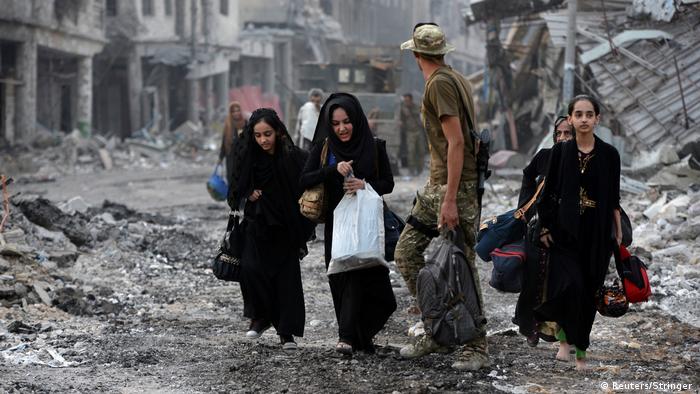 Many of those who have fled the city are unlikely to be able to return any time soon, the UN says, as the city has been extensively damaged in fighting. The Iraqi government has said that in the Old City, some 65 percent of buildings have been severely damaged, while destruction in western neighborhoods such as Zanjili is even greater.

IS still controls areas south and west of Mosul, and is expected to wage an insurgency from its nearby strongholds. The group's leader, Abu Bakr al-Baghdadi, has fled the city, and his whereabouts remain unknown.

Although there have been reports of his death, Iraqi and Western officials have not been able to corroborate them.