US trade expert: TTIP is on hold, not dead

Contrary to German Vice Chancellor Gabriel’s assertion, transatlantic trade deal talks have not failed, a US trade expert tells DW. Instead, she notes, negotiations have hit a temporary impasse for two reasons. 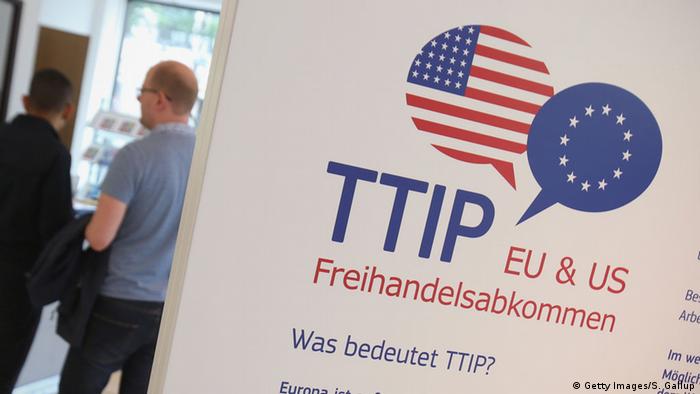 DW: German Vice Chancellor Sigmar Gabriel said on Sunday that the transatlantic trade talks had effectively failed. He repeated his view today in a news conference during which he blamed the US for the collapse of the talks, saying that he believes "the Americans actively ended TTIP because they weren't prepared to make compromises with Europeans." How are Gabriel's comments being received in Washington?

Caroline Freund: I would say that the TTIP negotiations have hit an impasse for two reasons: the Brexit on the European side, and the TPP (Trans-Pacific Partnership) approval on the US side. The comments come at a time when things are tough to begin with for TTIP because TTIP can't really happen until after TPP gets approved. And that is clearly on hold now given what has been said on the US side. So on the US side, TTIP is on hold because of TPP, on the European side it is on hold because of Brexit. And that changes the whole negotiation because the UK is a pretty big player in Europe. So you have these two distinct sticking points. So in some sense I don't take these comments all that seriously, because they are coming at a time when negotiations in some sense are on hold anyway.

Explaining his view that TTIP is dead, Gabriel noted that after 14 rounds of talks the US and the EU had failed to agree on even one chapter of the 27 being discussed. 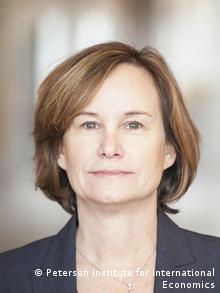 Caroline Freund from the Peterson Institute

Gabriel also said that it is an illusion to believe that a trade deal could be hammered by the end of the year or by the end of Obama's term, as was planned.

Germany's vice chancellor is not alone in declaring the TTIP talks a failure. French president Francois Hollande said today that negotiations have stalled and the country's chief negotiator said Paris would request in September that the European Commission stop negotiations on the trade deal. Is that also just grandstanding or doesn't it - when top officials from two key countries, Germany and France, publicly declare the TTIP talks a failure - take away the basis for keeping up negotiations?

I don't think it takes away the basis for negotiations. I think there are always periods where it becomes very difficult. And if you want to get the best deal you sometimes have to pull back. In any game theory model there has to be a kind of threat point. We have reached that. I wouldn't bet on TTIP definitely happening, but I also don't think these comments don't mean it's not happening.

It means there is a period now where it is very hard to make progress and it is in some sense in politicians' interest to pull back a bit. It's also a way to get a better deal and to say the deal on the table isn't good enough. And when both parties come back to the table they really think about what they can offer. This is the way negotiations work.

Currently in the political climate both in the US and in Europe this just isn't a good time to negotiate and politicians are recognizing that and making these comments. When there is a new administration in the US, at some point hopefully we can come back and negotiate a really good deal for both sides.

Caroline Freund is a senior fellow at the Peterson Institute for International Economics in Washington.