US terror expert warns of risk to soft targets

Are Islamist 'lone wolves' a US phenomenon? Researcher David Schanzer tells DW why they, rather than members of organized terror cells, have carried out multiple shootings there - and where they may strike next. 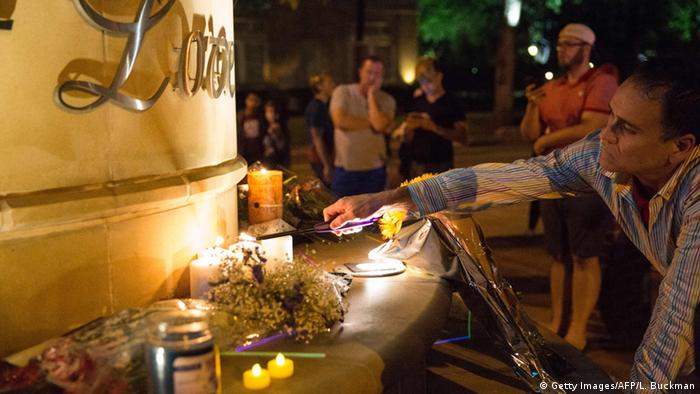 Deutsche Welle: Does the massacre in Orlando represent a dangerous new type of Islamic terror attack?

David Schanzer: No. We already had similar experiences, such as the mass shooting at Ford Hood on November 5, 2009, where US Army major Nidal Hasan shot 13 people and injured more than 30 others at a military base.

This is just the latest manifestation of something we have seen in the US, that individuals are self-radicalized loners. They are not getting instructions, they don't have connectivity with terrorist groups, but they are inspired by them and they decide to engage in violent action on their own.

If attacks of this kind are not new, when did they appear for the first time?

I don't think we can say there's a specific starting point. We have been dealing with this topic for the last decade in the US.

Obviously, the Boston Marathon bombers (Dzhokhar and Tamerlan Tsarnaev, who killed three and injured 300 on April 15, 2013 - ed.) - they were two people, and they didn't take instructions from a terrorist group, they really did it on their own.

We had the San Bernadino shooting (Syed Farook and Tashfeen Malik killed 14 and wounded 21 at a birthday party in California on December 2, 2009 - ed.). We've had small numbers of these individuals. 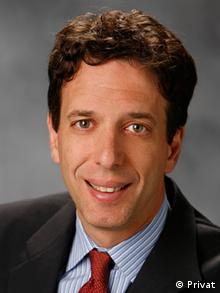 David Schanzer: Almost all arrested US Islamists are self-radicalized

You can look at our website and see the reports. We documented this starting in 2010. Almost 270 individuals have been arrested in one shape or form, hardly anyone of them had direct connections with terrorist organizations.

They are almost all self-radicalized individuals dissatisfied with their lives, who latched onto this ideology. Most of them have had their actions foiled - they have been arrested before they could engage in violence. But the authorities can't be perfect, and this one slipped through the cracks.

Is this kind of attack an American phenomenon, since it is easier for radical individuals to buy weapons in the US?

No, I don't think that at all. The issue for the US is unlike in Europe or the Middle East. There is no infrastructure, there are no large numbers of people in different cities that they can latch onto and form a cell, and try to plan and plot.

Also, the law-enforcement authorities are so effective and so strong, so if they did gather together a large group, it is much more likely that they'd be found. Because of the communication with each other, other people will hear that and they will get turned in. That's why it happens this way in the US and not elsewhere.

Would it be helpful to change legislation on arms in order to inhibit this kind of attack?

Gun control is a very controversial topic in the US. There is so many weapons available, these military attacks, they're out there already so if somebody could buy one through legal means like this individual did, they probably find somebody who is willing to sell them a weapon.

So I don't think you can draw a straight line and say if we had better gun control, if we hadn't sold that weapon there, that this would prevent all terrorist activity; I tend to doubt that.

What I do think, though, is that this individual had been investigated by FBI on two different occasions. So clearly he was under suspicion. And I think when he bought his weapons and ammunition, that should have triggered our authorities.

The FBI should have had a second look at him. If they saw he was connected with terrorism before, the fact that he bought these weapons could show that he was ready to engage in criminal conduct. So that's what I would like to see in connection with weapons purchases.

What is you explanation for the fact that someone under suspicion could legally buy a weapon in the US?

I don't make the laws - and if I did, they might be different. In the US, if you haven't been convicted of a crime, you have a right under our laws, and to some extend under our constitution, to purchase a weapon lawfully.

That was the situation. Since he had not been found to have committed a crime, the FBI closed its investigations, and when that happens you are allowed to buy a weapon.

Now, there have been some efforts in Congress. We have a no-fly-list for example, and a lot of people on it have not committed a crime. But they are suspicious and therefore not allowed to board an airplane, or if they want to fly than they are given additional scrutiny.

Is there still any chance for a change in arms legislation during Obama's presidency? Or is this a matter for the next president?

The next president would face the same issues. The current Republican majority in Congress is very much against any type of restrictions on firearms sales. But sometimes, horrible incidents change public opinion - and the representatives' minds. So we'll just have to see if that happens this time.

Looking to Europe - or Brazil, where the Summer Olympics are set to take place - what lessons can be drawn from the attack in order to ensure greater security?

Terrorism has been on the agenda since the horrible attacks in Munich in 1972. I think the world has learned pretty well how to keep the athletes and the venues secure, but I would be very concerned about what we call the soft targets, with thousands of people gathering in clubs and on the beaches to celebrate.

I don't think we should stop doing that, because we lose our humanity when we do. But security officials have to think very hard about the challenges of securing these areas where there are large groups of people.

The more rights and liberties we have, the more people we have fighting against it. Is there a growing number of people who are disturbed by the liberties people in the western world are enjoying?

No, I don't agree with that. At least in the US and Europe, there has been a general expansion of rights and liberties. There is always resistance, but the majorities of society fight back and prevail. And the feelings of the small minority who can't accept these rights are in the end marginalized.

The question is how can we ensure that people who disagree will work through a democratic process rather than a violent one. That's what we're talking about, preventing terrorism, preventing political violence.

It's a very big challenge, but societies must use the courage and the resources and the wherewithal to address that. So no, I don't agree that we have to restrict our rights and freedoms, because if we do we're allowing their warped ideas to prevail.

After so many terrorist attacks - is there already a change in the public behavior? Are people more insecure in their daily lives?

Days after 9/11, once the airports were open, people got back on planes. People are going to restaurants and clubs in Paris, and people will be going to nightclubs tonight all over the US, all over Europe. It seems like that these events are somehow pervasive, with all-encompassing media coverage, but in reality they are still rare occurrences that have a very small likelihood of affecting any one particular individual.

So I think life will go on as usual, hundreds of thousands of people went to baseball games in the US yesterday. They went to clubs and to picnics and they had a regular Sunday, and I think that that will continue.

David Schanzer is the director of the Triangle Center on Terrorism and Homeland Security at Duke University's Sanford School of Public Policy in Durham, North Carolina. He is the lead author of a widely cited National Institute of Justice study on domestic radicalization, "Anti-Terror Lessons of Muslim Americans" (2010), published by the IBM Center for the Business of Government.The interview was conducted by Astrid Prange.

'Everyone knows that hatred'

Gays and lesbians have gathered in front of the US embassy in Berlin to mourn the victims of the Orlando shooting. Many said the attack has affected them personally, as they also experience hate in their everyday lives. (13.06.2016)

From George Takei to J.K. Rowling, celebrities respond with shock and condolences to the Orlando shooting, in which 50 people were killed in a gay nightclub. Sunday night's Tony Awards were dedicated to the victims. (13.06.2016)

US President Barack Obama has described the deadly mass shooting in Orlando as an 'act of terror and an act of hate.' The gunman who killed 49 people at a gay night club was previously known to the FBI. (13.06.2016)