The United States is suing Deutsche Bank for mortgage fraud. In a civil complaint filed in a US district court, the US government accused the bank of repeatedly lying to be included in a federal program for mortgages. 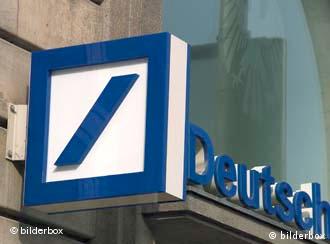 The case relates to Deutsche Bank's MortgageIT unit which it purchased in 2007. The government said in its civil complaint that MortgageIT "recklessly" and "falsely" approved tens of thousands of mortgages for insurance with the Federal Housing Authority (FHA), meaning the loans were covered by the federal government.

Prosecutors said Deutsche Bank stood to profit from the eventual resale of these mortgages should borrowers be unable to repay the loans, and that the bank employed a "blatant disregard" for whether borrowers actually had the means to make repayments.

Deutsche Bank and subsidiary MortgageIT "repeatedly lied to be included in a government program to select mortgages for insurance by the government," said the Justice Department complaint.

FHA insurance claims and related costs had so far totaled $386 million, the government said, adding that it expected the payouts to be ongoing. The lawsuit seeks triple damages and other penalties. 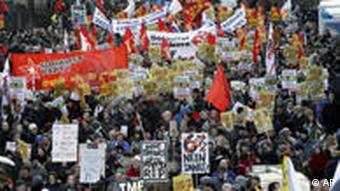 The US housing crisis sparked the financial crisis, and protests around the world

"Deutsche Bank and MortgageIT had powerful financial incentives to invest resources into generating as many FHA-insured mortgages as quickly as possible for resale to investors," the complaint added.

"By contrast, Deutsche Bank and MortgageIT had few financial incentives to invest resources into ensuring the quality of its FHA-insured mortgages."

A spokeswoman for Deutsche Bank confirmed the lender had received the complaint and was conducting a review. "We believe the claims against MortgageIT and Deutsche Bank are unreasonable and unfair, and we intend to defend against the action vigorously," she said.

The lawsuit marks a new push by the US government to pin the blame on the mortgage industry for perceived excesses that contributed to a four-year housing slump which has led to thousands of foreclosures.

Deutsche Bank was also implicated in an April report by the US Senate Permanent Subcommittee on Investigations criticizing lenders for contributing to the financial crisis. The paper's authors alleged the German bank deceived clients into investing in securities it believed were likely to implode.

Deutsche Bank has become the first bank to be fined by the UK's Financial Services Authority for irresponsible lending practices. They have been ordered to pay 1.8m euros in compensation to customers. (22.02.2011)

Deutsche Bank, Germany’s largest bank, says its fourth-quarter and full-year earnings for 2010 both declined by more than half as the company absorbed the cost of buying Postbank. (03.02.2011)

The financial crisis has left thousands of homes vacant in the US city of Milwaukee. Residents there are placing part of the blame for the mess at Deutsche Bank's door. (30.07.2010)