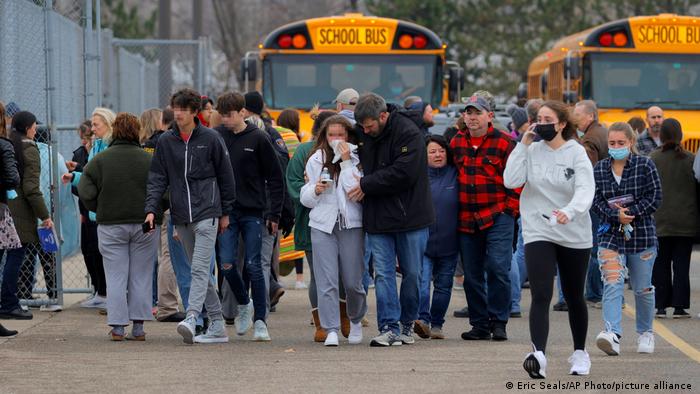 Police say the three students killed at Oxford High School were a 16-year-old boy and two girls, ages 14 and 17

A student shot dead three people at a high school in the US state of Michigan on Tuesday, authorities said.

Eight other people, including one teacher, were wounded, police said. Two of the eight wounded were undergoing surgery as of 5pm local time (2200 GMT) on Tuesday, while the six other wounded were in stable condition.

Later on Tuesday, Oakland County Sheriff Michael Bouchard said a teacher who received a graze wound to the shoulder was discharged from the hospital. Seven students ranging from age 14 to 17 remained hospitalized, including a 14-year-old girl who was on a ventilator after surgery.

The shooting occurred at Oxford High School in Oxford Township, a town located 48 kilometers (30 miles) north of Detroit and with around 22,000 inhabitants.

What was the motive for the shooting?

Oakland County Undersherrif Mike McCabe said at a news conference that investigators were still trying to determinate a motive for the shooting. He said that he was aware of allegations on social media that there had been threats of a shooting prior to the attack, but he cautioned against believing this before investigators have looked into it.

Police arrested the shooter without incident within minutes after arriving at the school after receiving a flood of calls about the attack. The police also recovered the semi-automatic handgun and several clips the suspect used in the attack.

Bouchard added that police had arrested the shooter after he emerged from a bathroom with the gun, which still had seven rounds of ammunition in it. 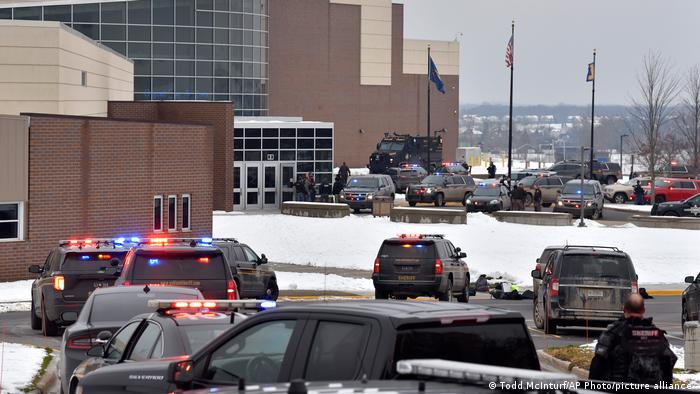 Police arrested the shooter without incident within minutes after arriving at the school.

The suspect’s father had bought the 9mm Sig Sauer used in the shooting on Friday, according to Bouchard. He added that the suspect had practiced shooting with the gun and "posted pictures of the target and the weapon."

"The person that's got the most insight and the motive is not talking,'' Bouchard said.

What did Joe Biden say about the shooting?

US President Joe Biden was informed of the shooting during a visit to Minnesota.

"My heart goes out to the families enduring the unimaginable grief of losing a loved one," Biden said.

"I think this is every parent’s worst nightmare," Michigan Governor Gretchen Whitmer said at the same press briefing. "This is a uniquely American problem that needs to be addressed." 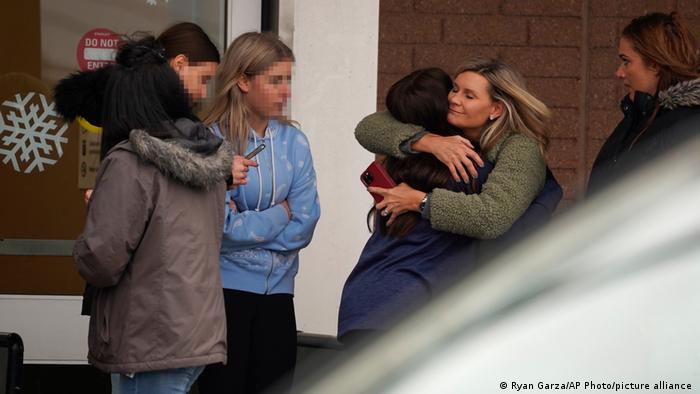 This was the United States' deadliest school shooting so far in 2021.

The deadliest ever high school shooting in the United States was the February 2018 attack in Parkland, Florida, where 17 were killed.