Hundreds of people were commemorating the release of the last enslaved African Americans. Shooting broke out, leaving at least two dead and several more injured. 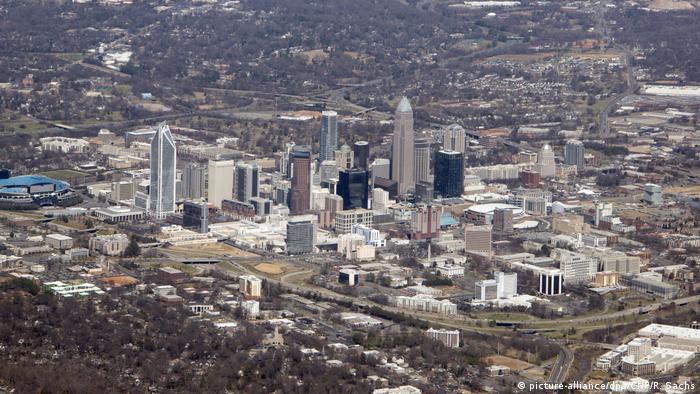 At least two people were killed and seven people were wounded after a shooting in the US state of North Carolina early on Monday.

Police said that shots broke out at about midnight at an "impromptu block party" that followed Juneteenth celebrations in the city of Charlotte.

Charlotte-Mecklenburg Police Deputy Chief Johnny Jennings told reporters that police were called to help an injured pedestrian and found hundreds of people in the streets. He said that after emergency services arrived, several shots were fired.

The crowd scattered, and at least additional five people were hit by vehicles while escaping.

No one was arrested by Monday morning.

Juneteenth is the commemoration of when the last enslaved African Americans learned they were set free, with the date tied to a June 19, 1865 declaration from the northern Union army in the American civil war, saying that all slaves in Texas were free.

Local reporters shared images of a heavy police presence after the incident.

AP contributed to this report.

Unverified images showed a storefront with bullet holes through the windows and blood on the pavement next to the scene. Police have not given a motive. (21.06.2020)

A hospital official says two men arrived with gunshot wounds and one later died. The shooting happened in the Capitol Hill Occupied Protest (CHOP) area, set up in the wake of the police killing of George Floyd. (20.06.2020)

Abortions in the US state of North Carolina will no longer be legal after 20 weeks of pregnancy, following a new ruling by a federal judge.

A soldier from the Dutch special forces has died after he was shot in the US city of Indianapolis. Two of the man's comrades, on secondment for special training at a nearby base, were also hit.