The attackers on the US Capitol were "fed lies" and tried to use "fear and violence" to halt Biden's certification, said the top Republican lawmaker Mitch McConnell. 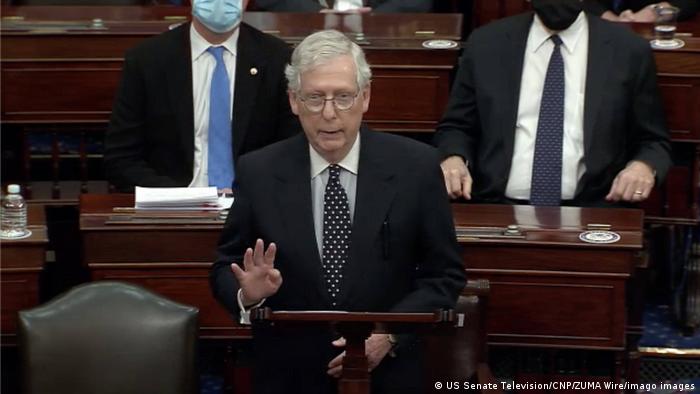 In the strongest public rebuke of Trump yet, Republican Senator Mitch McConnell opened the Senate on Tuesday by squarely blaming  the outgoing president for the events at the Capitol that left at least five dead — including one police officer. McConnell serves as the Majority Leader in the US Senate, making him the most senior lawmaker in the country.

The supporters of Donald Trump who attacked the US Capitol were "fed lies" and "provoked by the president and other powerful people, and they tried to use fear and violence" in an attempt "to stop and overturn the certification by Congress of Democrat Joe Biden's November 3 election victory," McConnell said.

"But we pressed on. We stood together and said an angry mob would not get veto power over the rule of law in our nation, not even for one night," he continued.

Thousands of Trump supporters stormed the Capitol on January 6 following a speech by the president in which he repeated his false claims to have won the election. The mayhem came after weeks of Trump, his Republican allies in Congress and his media surrogates spreading falsehoods about voting integrity.

While McConnell long stood by Trump, his Tuesday comments mark a clear break with the outgoing leader. The senator leader vowed a "safe and successful'' inauguration of Biden on Wednesday at the Capitol, where some 25,000 armed soldiers are standing guard. 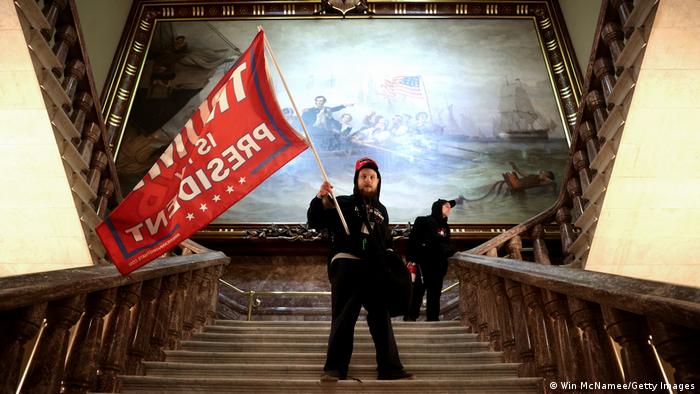 Days after the mob violence, the House of Representatives, with bipartisan support, impeached Trump again, this time for "inciting insurrection".

Even after leaving office on Wednesday, Trump faces a potential trial in the Senate where the votes of 17 Republican senators would be needed to convict him.

McConnell, who as the senior senator from Kentucky has served longer than any other as majority leader, has not ruled out voting for Trump's conviction.