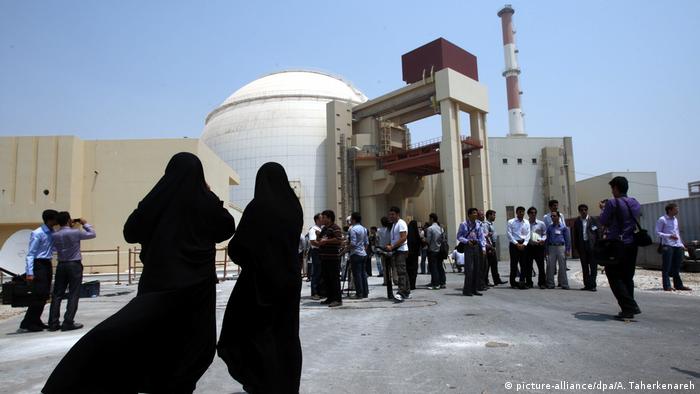 The United States is to demand the United Nations reimpose all sanctions against Iran, US President Donald Trump announced on Wednesday.

US Secretary of State Mike Pompeo will travel to UN headquarters in New York and trigger a so-called "snapback" to restore all international sanctions on Iran that were eased as part of the 2015 Iran nuclear deal.

"It's a snapback, not uncommon," Trump said at a press conference.

Thee request to bring back sanctions could escalate a diplomatic spat between the US and its allies on the UN Security Council, one that could call into question the legitimacy of the UN's most powerful body.

Permanent council members China, Britain, France and Russia — all signatories to the 2015 deal — are against reimposing sanctions on Iran and have remained committed to keeping the accord alive.

The 2015 Iran nuclear deal is designed to provide the Middle Eastern country sanctions relief in exchange for curbs on its nuclear program. The UN Security Council's permanent members, plus Germany, are all signatories to the accord.

The deal has a "snapback" mechanism that was created in the event Tehran violated the agreement.

Britain, France and Germany said the US no longer has any say over the Iran nuclear deal because it left the accord two years ago. But the US claims that it has the right to trigger the "snapback as an original participant to the nuclear deal and a permanent member of the Security Council.

''We will be in full compliance with that and we have every expectation that every country in the world will live up to its obligations.''

The attempt to restore sanctions on Tehran comes a week after the Council denied a US request to extend an arms embargo on Iran.

The Trump administration has reimposed the first tranche of sanctions on Iran, isolating Washington as much as Tehran. A second round of US sanctions in November will target Iran's energy sector.

The UN nuclear watchdog has said the finding violates the terms of Iran's 2015 nuclear deal. Iran has also reportedly continued to enrich uranium to a purity of up to 4.5%, higher than the 3.67% allowed.