US scraps prison plan for abandoned coal mine | Environment| All topics from climate change to conservation | DW | 19.06.2019

US scraps prison plan for abandoned coal mine

Facing a lawsuit by prisoners over alleged health hazards, the US Bureau of Prisons has aborted a longstanding plan to build a jail on an abandoned coal mine. US activists are claiming a rare environmental victory. 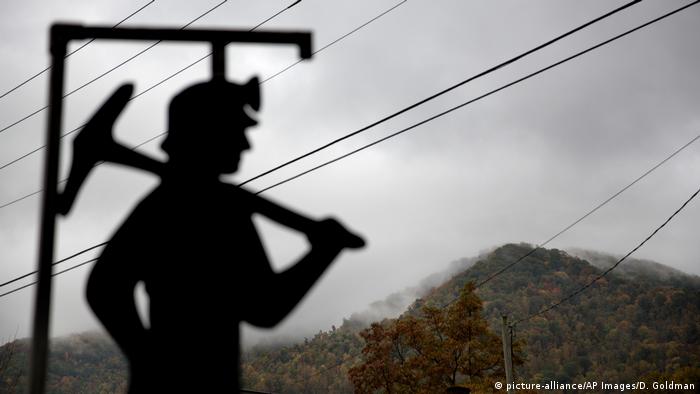 Eastern Kentucky's hills are interrupted by jarring flats of bare rock: the aftermath of mountaintop removal mining, which uses explosives to destroy and harvest coal-rich peaks.

These hills are also home to four federal prisons — and until this week, an abandoned mountaintop mine in Letcher County, Kentucky, was expected to house a fifth.

This week, 21 federal prisoners who had sued the bureau over the site's alleged health hazards won a surprise victory when the US Bureau of Prisons (BOP) abruptly pulled out of the proposed 1,200-bed penitentiary.

The plaintiffs — who are serving sentences ranging from one year to life imprisonment, and are incarcerated across the United States on charges including firearm and drug possession — argued in the suit that the site had been inadequately tested, that it was likely unsafe, and that the BOP had violated federal environmental laws by failing to notify them before making its decision.

Mountaintop removal is associated with a wide range of illnesses, including pneumonia, bronchitis, leukemia and tumors of the lung and trachea. 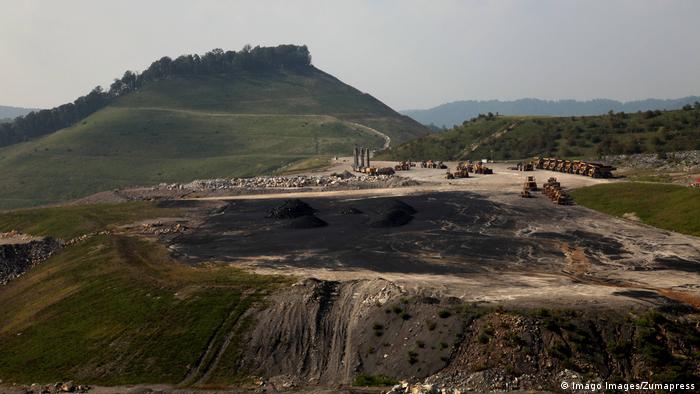 In an email to DW, a BOP spokesperson said more analysis was needed to address "environmental concerns," and declined to discuss the lawsuit's role in its decision.

Debbie Chizewer, the Montgomery Foundation Environmental Law Fellow at Northwestern University, called the decision a "victory for common sense" and a "recognition of the serious environmental and economic concerns" raised by the plan's opponents.

Chizewer said state agencies sometimes "end up merely checking the box, rather than taking a meaningful or substantive analysis" of environmental impacts and health risks.

The suit was filed in November by 14 prisoners and public-interest law firm the Abolitionist Law Center (ALC). In April, the complaint was updated to include seven other prisoner-plaintiffs and local conservationists Friends of the Lilley Cornett Woods.

The Lilley Cornett Woods is a forest preserve near the planned prison site, which is home to three species of endangered bats. The group argues on its website and in legal filings that the proposal to build the prison endangered the forest with pollution, traffic and "massive quantities of sewage and cleaning chemicals."

Central Appalachian forests like the Lilley Cornett Woods are among the world's most biodiverse and threatened, according to a 2010 New York Times report.

Dustin McDaniel, ALC's executive director, believes the case is likely the first environmental lawsuit brought by incarcerated people, the first jointly filed by federal prisoners and local conservationists and the first in which US prisoners have sued to prevent construction of a new facility.

"The failure, on the part of the BOP, to perform the required environmental justice analysis was a blatant attempt to circumvent the law at inmates' expense," wrote Robert Black, who is incarcerated at a medium-security prison in Colorado, in communications shared by the Abolitionist Law Center.

What comes after coal mining?

Eastern Kentucky, home to about 750,000 residents, has a remarkable four federal prisons — 13 times the average for an area its size. All were built between 1992 to 2005 in hopes of offsetting the loss of coal industry jobs that once powered this region.

The area's rate of labor force participation is 45%, about two-thirds the US average. It now has fewer coal jobs than at any time since 1898.

Mountaintop removal has been a boon for mine operators, but generates less employment than conventional mining, and takes a harsher toll on surroundings.

Operators detonate mountaintops and shunt the millions of tons of debris into neighboring valleys, forming flat plots like the planned prison site.

This so-called "valley fill", which can include toxins such as arsenic and selenium, runs "a high risk of contaminating public water supplies," said Alan Lockwood, a neurologist and coal expert with Physicians for Social Responsibility.

Streams and rivers run through many valleys in Appalachia, the mountainous region where Letcher County is located. Valley fill from decades of past mining now covers thousands of kilometers of Appalachian waterways. 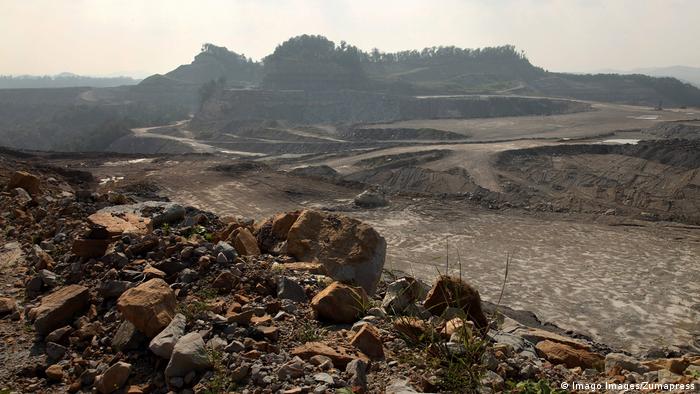 The decline of coal has badly hit Kentucky's economy, and destroyed Appalachian mountaintops

The planned prison is not the first to raise environmental concerns. One 2017 analysis, based on work by cartographer Paige Williams, found that over 130 US prisons lie within 1.6 kilometers (about 1 mile) of a Superfund site, areas with hazardous waste or pollution severe enough to require federal government intervention.

A further 600 are within 5 kilometers of such sites, and an unknown number of others sit on abandoned mines or dumps.

Another Eastern Kentucky prison, USP Big Sandy, is located in a strip mining area, and at least two prisons in neighboring Southwest Virginia are on mountaintop removal sites.

They live shorter lives than those living near conventional coalfields — up to 1.5 years shorter on average — are more likely to suffer birth defects and suffer from heart disease and cancer.

In place of prisons, some nearby coal-mining communities are eyeing environmentally friendly uses for abandoned mines.

In nearby Pike County, the state government has backed a plan to build a 100-megawatt solar farm, Kentucky's largest ever, on mountaintop mine lands. And a wind-power study of a mountaintop removal site in neighboring West Virginia found it could generate enough power to supply 70,000 homes.

Though the Bureau of Prisons could restart the testing process, and attempt to develop the site again, advocates and opponents believe that's unlikely to happen.

It's been rare for environmental activists to successfully influence major government decisions in Donald Trump's White House. But Black and his fellow plaintiffs have gone some way to demonstrating the growing reach of the US environmental movement, whose activists are increasingly linking questions of emissions and energy to racial and criminal justice.

Ceremonies have been held to mark the end of 155 years of coal mining at Prosper-Haniel in the industrial Ruhr Valley. RWE's Hambach Garzweiler brown coal, lignite open mine continues to expand. (21.12.2018)