The backup driver of a self-driving Uber involved in a fatal crash in 2018 in Arizona has been charged with negligent homicide. She has pleaded not guilty. 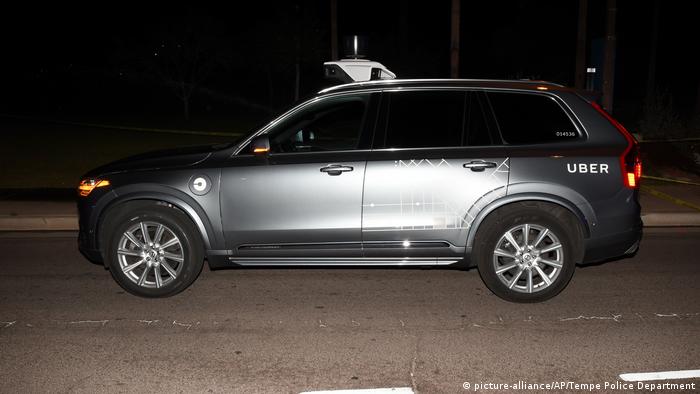 A backup driver involved in the first self-driving vehicle fatality in the US was charged with negligent homicide, prosecutors said on Tuesday.

Rafaela Vasquez was behind the wheel of a self-driving Uber Technologies car that hit and killed a woman in Tempe, Arizona in 2018.

The 46-year-old pleaded not guilty after being charged in the death of Elaine Herzberg.

Vasquez was accused of being distracted on her phone at the time of the accident but she denied using the device while talking to investigators.

The National Transportation Safety Board (NTSB) said that  the main cause of the crash was Vasquez failing to monitor the road as she watched the television show "The Voice" on her phone.

Uber's inadequate safety procedures and ineffective oversight of its drivers, Herzberg's decision to cross the street outside of a crosswalk, and the Arizona Department of Transportation's insufficient oversight of autonomous vehicle testing, were among the contributing factors cited by the NTSB.

The NTSB also concluded that the risks associated with testing self-driven vehicles on public roads were increased by the deactivation of Uber's automatic emergency braking system. Uber relied on a human backup to intervene instead of the system.

As per the NTSB, the system had detected Herzberg 5.6 seconds before the crash but failed to establish whether she was a bicyclist, pedestrian or an unknown object, or that she was headed into the vehicle's path.

In March 2019, prosecutors had declined to file criminal charges against Uber.

Vasquez is set to face trial in February 2021.