The US has cautiously welcomed what Ukraine's President Poroshenko described as a withdrawal of Russian troops from eastern Ukraine. The State Department said it was "a good, tiny first step," but insufficient. 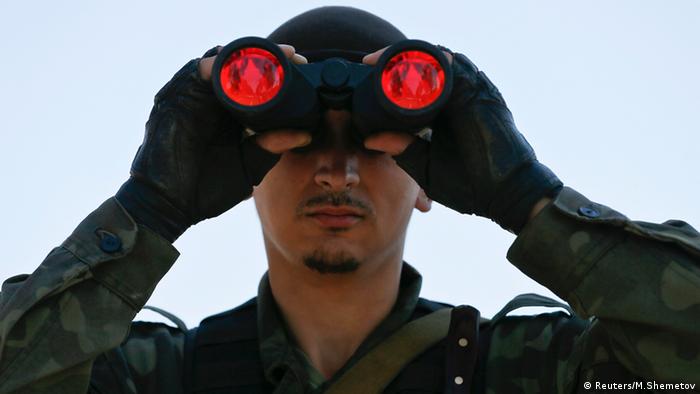 Ukrainian President Petro Poroshenko said on Wednesday that Russia had removed most of its soldiers from the rebel-held eastern parts of his country, raising hopes for an end to a five-month-long violent conflict that has killed more than 2,600 people.

"According to the latest information I have received from our intelligence, 70 percent of Russian troops have been moved back across the border," Poroshenko said in a televised cabinet meeting. "This further strengthens our hope that the peace initiatives have good prospects."

The president said that Friday's ceasefire - backed by both Kyiv and Moscow - had dramatically improved the security situation in Ukraine's eastern regions. Poroshenko, however, added that the ceasefire with pro-Moscow rebels was proving to be difficult because "terrorists" were constantly trying to provoke Kyiv's forces. Russia disputes allegations that it has sent troops into Ukraine.

'Much more to be done'

US State Department spokeswoman Marie Harf said on Wednesday evening that the United States could not confirm the Ukrainian leader's claims. 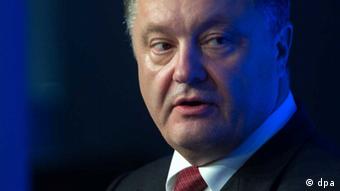 "Of course, even if we eventually can verify his claims about the Russian troops pulling back, there would still be Russian troops that remain there," Harf said. "Obviously, any de-escalatory steps would be good ones, but there is much more work to be done here."

Victoria Nuland, the US assistant secretary of state for European and Eurasian affairs, was more cautious in her reaction. Speaking at the German Marshall Fund in Washington, Nuland said "all foreign forces have to be withdrawn" from the eastern European country.

"All foreign material has to be withdrawn, the border has to be secured, there has to be the decentralization and amnesty that have been promised," she said, adding that "there is a long way to go."

Poroshenko said he would propose a bill to Ukrainian parliament next week offering "special status" to parts of conflict-ridden Donetsk and Luhansk regions of eastern Ukraine which are now under control of separatists. The Ukrainian president, however, rejected the calls for complete independence or the "radical federalization" of these areas as demanded by Moscow.

"Ukraine will not make any concessions on issues of its territorial integrity," he said.

The leaders of Russia and Ukraine have agreed that a truce deal is "generally holding." However, both sides said more needed to be done to secure the ceasefire further. (06.09.2014)