Remains were found in the Florida nature preserve where the boyfriend of Gabby Petito went missing. Brian Laundrie was declared a person of interest after Petito's body was found in Wyoming. 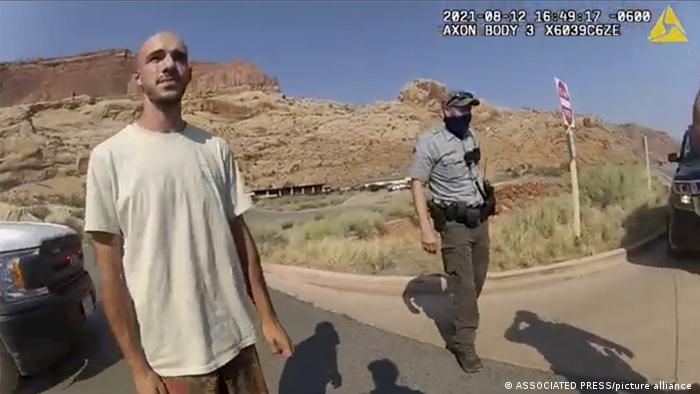 The FBI said Wednesday it had found human remains beside possessions belonging to Brian Laundrie, the boyfriend of Gabby Petito, after the two embarked on a cross-country road trip and he returned home to Florida with the van but not Petito.

In a case that has gripped the US, police were searching for Brian Laundrie since he was declared missing after refusing to cooperate with police.

Michael McPherson, an FBI special agent and chief of the FBI's Tampa Office, said personal items belonging to Laundrie had been located near the body found in the Carlton Reserve near Venice, Florida, where Laundrie had gone missing.

"It's likely the team will be on scene for several days," McPherson said.

Petito's remains were found in Wyoming. The coroner there said she had died of strangulation.

Her family had filed a missing person report on September 11.

Petito had quit her job and embarked on a cross-country odyssey starting in July with her boyfriend Laundrie, the two documenting their journey on social media.

Laundrie's parents, Chris and Roberta, were involved in the search Wednesday which involved the FBI and local police from North Port, Florida.