About 40 world leaders have been invited to a summit scheduled for April, including Russian President Vladimir Putin and Chinese President Xi Jinping. 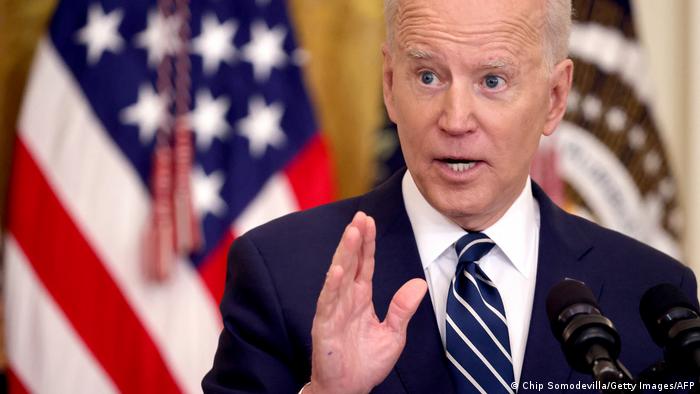 "They know they're invited. But I haven't spoken to either one of them yet," said Biden of Putin and Xi.

The White House said the summit is scheduled for April 22-23. Washington hopes this summit will help shape, speed up and deepen global efforts to cut climate-wrecking fossil fuel pollution.

"The summit will also highlight examples of how enhanced climate ambition will create good-paying jobs, advance innovative technologies, and help vulnerable countries adapt to climate impacts," said the White House in a statement. The US is also expected to announce "an ambitious 2030 emissions target."

Climate action has been one of the main agendas for Biden's team since his election campaign. He announced a goal to make the energy sector emissions neutral by 2035, followed by the US economy as a whole by 2050.

Bringing back focus on climate change

The US president has recommitted to the Paris climate accord, after his predecessor, Donald Trump, pulled out of it during his term.

The summit starts on April 22, which is celebrated as Earth Day. It will be held before a United Nations meeting on climate change scheduled for November in Glasgow, Scotland.

The event will be held online due to the coronavirus pandemic and will be streamed live for public viewing.

USA: New hope for the environment

USA: New hope for the environment

The US invited the leaders of the Major Economies Forum on Energy and Climate, which includes the 17 countries responsible for about 80% of global emissions and GDP, as well as heads of countries that are especially vulnerable to climate impacts or are demonstrating strong climate leadership.

The president said climate change posed an "existential threat" to humanity. Biden added the US will host a summit on April 22, where it is likely to strengthen its carbon reduction commitments under the Paris agreement.