US: 'Pharma Bro' Martin Shkreli ordered to pay back profits

A federal judge has punished "Pharma Bro" Martin Shkreli for jacking up the price of a lifesaving drug, ordering him to return millions in profits. Shkreli is also now barred from working in the pharmaceuticals industry. 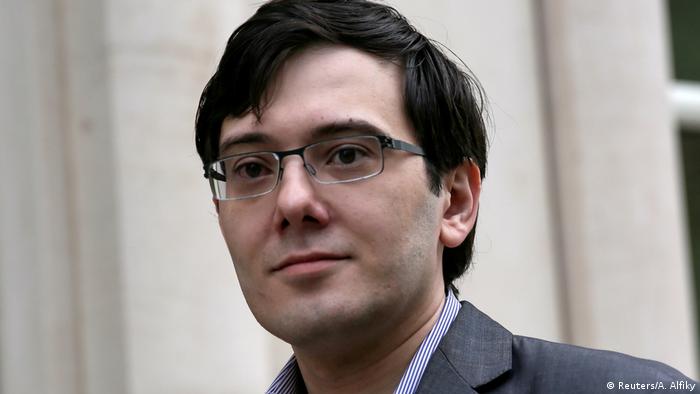 A federal judge in New York on Friday ordered notorious "Pharma Bro" Martin Shkreli to return the $64.6 million (€56.6 million) he made in profits from jacking up the price of a lifesaving drug he held a monopoly on.

In a 135-page opinion, Cote wrote Shkreli "was the mastermind."

What is Shkreli being punished for?

The ruling follows a week-long bench trial last month. In court, recordings were played that suggested Shkreli continued to have influence over his company while in prison.

Shkreli was heard on the recordings discussing ways to prevent a costly drug, Daraprim, from being rendered in generic form at an affordable price.

The decision to jack up the price on Daraprim came after the company secured exclusive rights in 2015.

Shkreli eventually tried to cut the price in half for hospitals after sufficient public outrage, but he already had the attention of the law enforcement community.

While the new price was still steep, it largely fell on patients who took most of the medication at home, to come up with the $750 needed per pill to foot the cost.

Shkreli defended himself by pointing to market forces and suggesting wealthy insurance companies would foot the bill. The medical community, patients and even members of Congress decried Shkreli's actions.

During the highly contentious 2016 US presidential election, Shkreli as a villain was a source of unusual bipartisan appeal. Donald Trump called him a "spoiled brat" and Hillary Clinton condemned his actions as price gouging.

What punishment has Shkreli previously faced?

Shkreli resigned as CEO of Turing in 2015 a day after being indicted for securities fraud.

In 2020, the Federal Trade Commission (FTC) and seven US states brought a case against Shkreli.

In 2018, Shkreli was sentenced to jail for unrelated securities fraud.

To satisfy his court debt in that case, Shkreli had to surrender his unique, one-of-a-kind Wu-Tang Clan album.