The head of the US government's personnel office has resigned following computer hacks that put the personal data of millions at risk. Several leading politicians had been demanding that she step down over the breach. 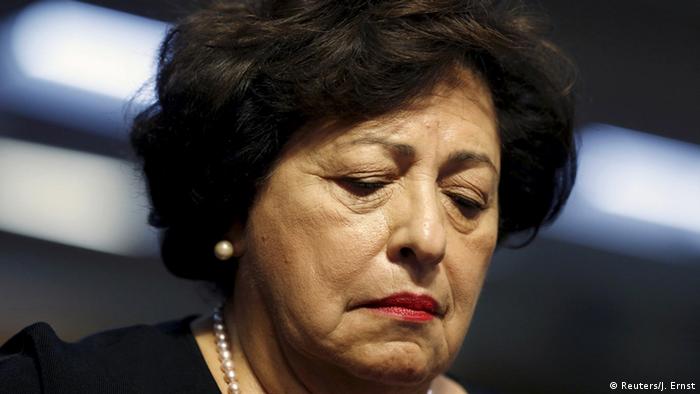 The director of the US Office of Personnel Management (OPM), Katherine Archuleta, released a statement on Friday announcing that she was stepping down in the aftermath of the major cybersecurity breach.

"I conveyed to the president that I believe it is best for me to step aside and allow new leadership to step in, enabling the agency to move beyond the current challenges," Archuleta's statement said.

The Reuters news agency cited an unnamed White House official who said that President Barack Obama had "accepted her resignation and thanked her for her years of dedicated service."

The OPM's deputy director, Beth Cobert, is to take over at the helm on an interim basis.

On Thursday, Archuleta had rejected calls from both major US political parties for her to step down over the affair.

The speaker of the House of Representatives, John Boehner, a Republican, released a statement saying that he had "no confidence" in the OPM's leadership.

Democratic Senator Mark Warner, meanwhile, accused her of a "slow and uneven response" to the data breach.

Also on Thursday, US officials revealed that the scale of the breach of security on the computer servers at the OPM was far more severe than had previously made public.

Earlier this year, the Obama administration had said that hackers had managed to gain access to the OPM's personnel database, stealing the data of 4.2 million people.

On Thursday, it announced that hackers had stolen Social Security identification numbers and other highly sensitive data from more than 21 million people.

Some US lawmakers have accused China of being behind the attacks, but Beijing has flatly denied this.

Beijing has said claims that Chinese hackers accessed the personal data of millions of US federal workers are hypothetical and irresponsible. The FBI has launched an investigation. (05.06.2015)