An atomic bomb nearly detonated over North Carolina in 1961, according to a newly declassified document published by the Guardian newspaper. The explosive was 260 times more powerful than the device that hit Hiroshima. 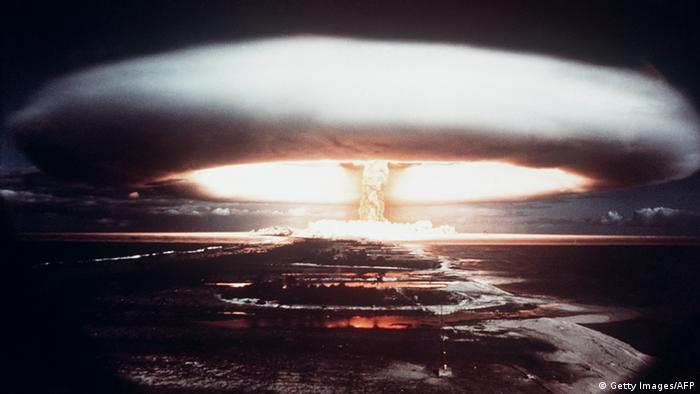 When a B-52 plane broke up in midair on January 23, 1961, two Mark 39 hydrogen bombs were accidentally dropped over Goldsboro, North Carolina. One of the two, as designed for wartime, began its detonation sequence, according to a 1969 government report on the incident revealed by the Guardian newspaper Saturday.

Three of the four safety mechanisms in place to prevent an explosion failed. A single low-voltage switch prevented mass destruction.

"It would have been bad news in spades," wrote the author of the report, US government scientist Parker F. Jones.

The bomb carried a 4-megaton payload, equivalent to 4 million tons of TNT explosive and 260 times more powerful than the one that devastated Hiroshima in 1945, according to the Guardian.

There had been speculation that the event more than 50 years ago was extraordinarily serious, but the US government has long denied its nuclear arsenal has put Americans at risk through safety flaws, the newspaper reported. The declassified report is the first conclusive evidence of how close the US came to nuclear devastation that day.

Fallout from the explosion could have spread to Washington, Baltimore, Philadelphia and even New York City, affecting millions of people, the report said.

"One simple, dynamo-technology, low-voltage switch stood between the United States and major catastrophe," wrote Jones. "The MK Mod 2 bomb did not possess adequate safety for the airborne alert role in the B-52."

He jokingly titled the report "Goldsboro Revisited, or: How I Learned To Mistrust the H-Bomb" in reference to the 1963 Stanley Kubrick nuclear armageddon film, "Dr. Strangelove or: How I Learned to Stop Worrying and Love the Bomb."

The report was uncovered by the US investigative journalist Eric Schlosser under the Freedom of Information Act while he was researching a book on the nuclear arms race.

"The US government has consistently tried to withhold information from the American people in order to prevent questions being asked about our nuclear weapons policy," Schlosser said. "We were told there was no possibility of these weapons accidentally detonating, yet here's one that very nearly did."