A US navy ship has fired on a small boat off of the coast of Dubai, saying it was approaching at high speed. The vessel allegedly ignored warnings to turn away. One fisherman has died from the attack. 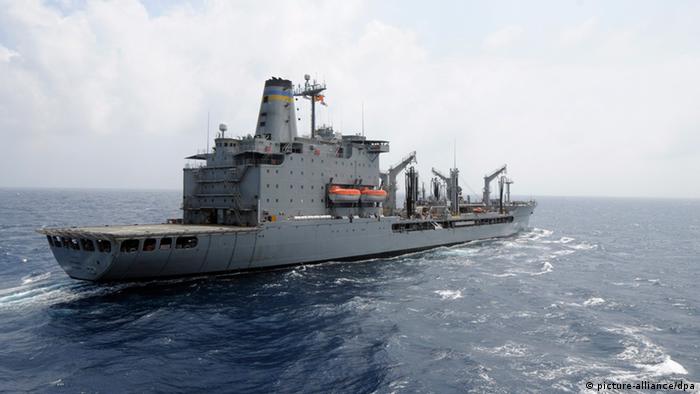 A US Navy ship opened fire Monday on a boat off the coast of the United Arab Emirates in the southern Gulf. According to officials, one Indian fisherman was killed and three others were wounded in the attack.

The boat had approached the US refueling ship, the USNS Rappahannock at high speed and had ignored warnings to slow down, according to US defense officials.

The reason the boat was approaching was still unclear, according to officials.

"The U.S. crew repeatedly attempted to warn the vessel's operators to turn away from their deliberate approach," US Naval Forces Central Command said in a statement.

"When those efforts failed to deter the approaching vessel, the security team on the Rappahannock fired rounds from a .50-calibre machine gun."

Meanwhile, tension is growing in the Gulf as the US and its allies build up their forces to deter Iran. Amid a spat over sanctions, Tehran had warned it could close the Straight of Hormuz, thus disrupting strategic shipping and oil supply routes.

Washington has deployed two aircraft carriers to the region, the USS Abraham Lincoln and the USS Enterprise, and doubled its minesweeper fleet in the area from four to eight ships on June 23.

On Monday, shortly before news of the shooting incident broke, the Pentagon announced it would accelerate the deployment of an aircraft carrier strike group to the Middle East, assuring that the United States keeps two of the massive nuclear-powered ships and their entourages of warships in the tense region.

"This is about a wide-range of US security interests in the region. We're always mindful of the challenges posed by Iran but let me be very clear - this is not a decision that is based solely on the challenge posed by Iran," Pentagon spokesman George Little said.