US limits chokeholds and no-knock entries for federal agents

The US Justice Department has tightened federal policing rules following a massive public outcry over the deaths of Breonna Taylor and George Floyd. The department said it wanted to build "trust and confidence." 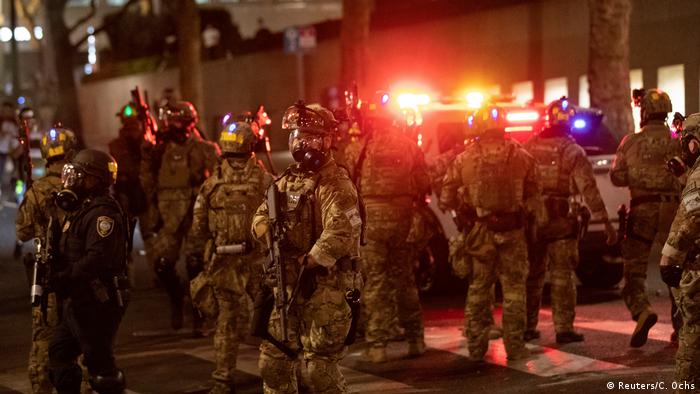 The US Department of Justice on Tuesday said it would limit the FBI's and other federal agencies' use of no-knock entries at people's homes and move to stop the practice of using chokeholds to restrain suspects.

The so-called trust-building measures come after mass protests across the US over the deaths of Breonna Taylor in a no-knock drugs raid and George Floyd during an arrest in 2020.

What are the new guidelines?

The US Justice Department said it is banning "carotid restraints" under the new federal rules.

They are only permitted when lethal force is authorized when an officer has a "reasonable belief" that the subject "poses an imminent danger of death or serious physical injury to the officer or to another person," a press statement said.

Federal agents will not generally be able to raid addresses without knocking at the door or ringing a bell, the department said. 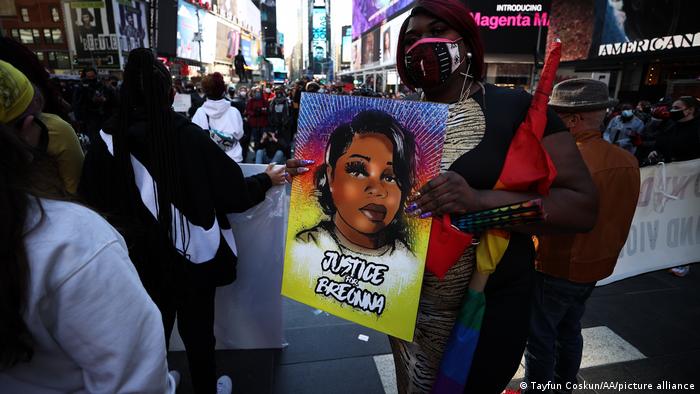 The no-knock entries can only be used in extreme cases where an agent "has reasonable grounds to believe that knocking and announcing the agent's presence would create an imminent threat of physical violence to the agent and/or another person," the statement said.

Even then, federal agents would have to get permission from both the agency's director and the US attorney.

"Building trust and confidence between law enforcement and the public we serve is central to our mission at the Justice Department," said US Attorney General Merrick B. Garland.

"The limitations implemented today on the use of ‘chokeholds,' ‘carotid restraints' and ‘no-knock' warrants, combined with our recent expansion of body-worn cameras to DOJ's federal agents, are among the important steps the department is taking to improve law enforcement safety and accountability," Garland added.

Deputy Attorney General Lisa Monaco, who carried out the review, said it was "essential" to have "a single set of standards" so that federal agents "can lead by example."

Federal agents were not involved in the deaths of Taylor and Floyd.

Taylor was killed by gun shots when metro police in Louisville, Kentucky, stormed her home. Floyd was suffocated; he died under the knee of Minneapolis police officer Derek Chauvin. Chauvin was later sentenced to 22-and-a-half years in prison for murder.

Their deaths, along with those of other Black individuals at the hands of police, have put a spotlight on racial profiling and police practices in the US.

George Floyd murder: What has changed since his death a year ago?

The murder of George Floyd led to renewed calls for reforms in policing. But one year on, many Americans say not enough has happened to help stop police violence against Black people.