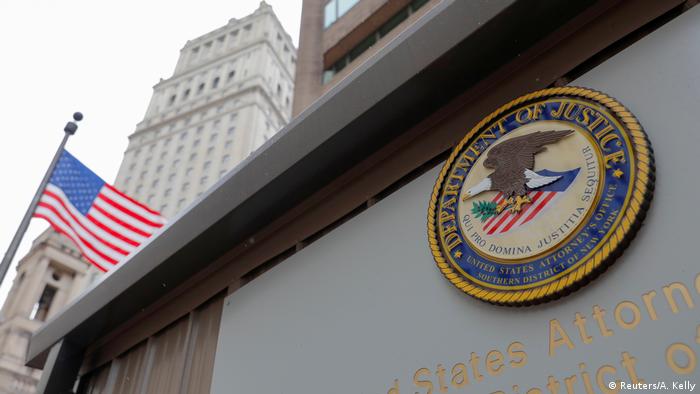 The US Department of Justice has charged eight people with conspiring to work on China's behalf in a plot involving threatening letters and the use of night vision goggles to surveil and coerce a Chinese family to return to their home country.

Five of the individuals charged, including an American private investigator hired to help spy on the family, were arrested on Wednesday in New Jersey, New York and California, while the rest are believed to be in China, top Justice Department officials said in a news conference.

"This is the first case of its kind, and I think it is significant. What makes the case really stand out is that it directly involves the efforts of a foreign power to conduct unilateral activity here on US soil, in violation of our laws," said Acting US Attorney for the Eastern District of New York Seth DuCharme.

The man and his family were not identified by name by prosecutors, but a 43-page criminal complaint says the Chinese government had accused them of violating bribery and abuse-of-power laws in that country.

The alleged plot was known as "Operation Fox Hunt" and "Operation Skynet," court records show, and it took place between 2016 and 2019. Its goal was to target Chinese nationals living in foreign countries and intimidate them into returning to China to face charges.

The United States does not have an extradition treaty with China. It does, however, require by law that anyone who is acting on a foreign country's behalf must register and notify the Attorney General's office.

All eight defendants in the case are charged with conspiring to act as illegal agents for a foreign government.

The arrests are among a series of recent actions the Trump administration has taken against China, a country that President Donald Trump has said he regards as a prime adversary and that he blames for the coronavirus outbreak.

In July, for instance, the Justice Department charged hackers working with the Chinese government with targeting firms developing vaccines for the coronavirus. The administration also ratcheted up tensions over the summer by ordering China to close its consulate in Houston.

US: Former CIA officer charged with spying for China

A former employee of the CIA and FBI has been charged with passing on secret information to China. There has been a spate of such cases in recent years.