The new US administration has decided to let in more refugees, after it was previously criticized for adhering to a lower figure set during the Trump-era. 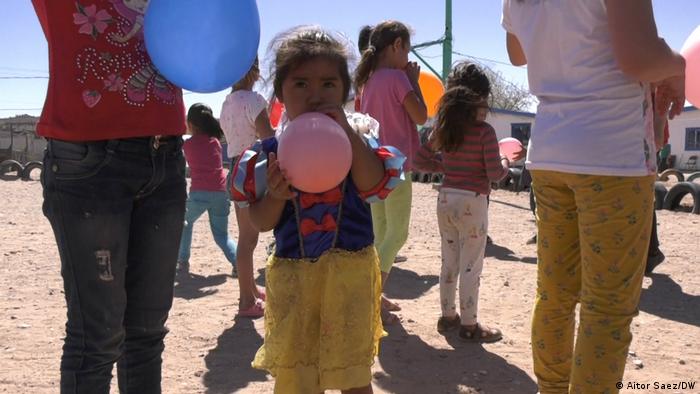 Since the fiscal year began last Oct. 1, just over 2,000 refugees have been resettled in the US

President Joe Biden's administration will raise the refugee cap to 62,500 this fiscal year, after the White House had received criticism for limiting admissions.

Biden had previously decided to stick to letting in 15,000 refugees this year, a historically low number that was set by the previous administration under President Donald Trump.

What did Biden say about the increase in admissions?

Biden said in a statement the move to increase admissions "erases the historically low number set by the previous administration." He claimed the Trump-era cap "did not reflect America's values as a nation that welcomes and supports refugees."

The president said it is a "sad truth" that the US will likely not be able to reach the 62,500 cap by the end of the fiscal year in September. "We are working quickly to undo the damage of the last four years. It will take some time, but that work is already under way," he said.

Sunil Varghese, the policy director for the International Refugee Assistance Project, commended the move by Biden to lift the cap. "This is an important step to ensuring that the refugee program is rebuilt in a manner that reflects our country's values as a beacon of freedom and safety for the persecuted," Varghese said in a statement.

The Biden administration intends to raise the cap to an even higher 125,000 refugee admissions in the next fiscal year.

Why did the president previously limit admissions?

During the 2020 presidential campaign, Biden promised to let in more asylum seekers if he were elected.

In April, Biden said the annual 15,000 cap set by Trump "remains justified by humanitarian concerns and is otherwise in the national interest."

That drew a fierce backlash from other Democrats and refugee advocates.

The Biden administration faces criticism from Republicans over a refugee crisis on the southern US border with Mexico.

His predecessor Trump had not only reduced refugee admissions to historically low levels but also implemented a ban on travel from several Muslim-majority countries to the US.

Refugees at US-Mexican border: 'We can't save them all'