US issues new Syria sanctions over rights abuses in prisons

Those targeted include an armed group that killed a Kurdish politician and eight individuals tied to the Syrian government and President Bashar Assad. 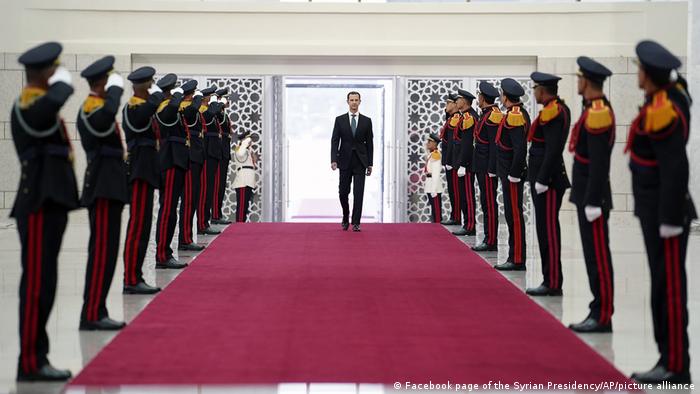 The US has used sanctions to leverage Syrian President Assad out of office, so far, to no avail

The United States Department of the Treasury announced that it had issued new sanctions against eight individuals and 10 entities related to the war in Syria on Wednesday.

"This action demonstrates the United States' strong commitment to targeting human rights abuses in Syria, regardless of the perpetrator," said Gacki.

Who do the US sanctions target?

The Treasury said that sanctions had also been issued against five top intelligence officials with direct links to prison operations and the torture and mass killings that are reported to still be taking place in the facilities.

The US claims that as many as 14,000 individuals have been tortured to death at the facilities.

From Arab Spring to civil war: Syria ten years on

OFAC also imposed sanctions on the armed militia group Ahrar al-Sharqiya, which is accused of kidnapping, trafficking and killing civilians, as well as assassinating Kurdish politician Hevrin Khalaf and her bodyguards in 2019 — which the UN says could be a war crime.

Ahrar al-Sharqiya, too, runs a prison complex where it not only carries out human rights abuses and extrajudicial killings but reportedly runs a kidnapping and extortion racket. Moreover, the group has been recruiting "Islamic State" terrorists to join its ranks.

The Treasury announced that two of the group's leaders had also been sanctioned.

Lastly, the militia group Saraya al-Areen, which has ties to the Syrian Arab Army, has been sanctioned for attempting to obstruct or prevent a cease-fire in northern Syria. A Turkey-based individual accused of funding al-Qaeda terrorists was also sanctioned.

What are sanctions designed to do?

OFAC says that property and interests of the individuals in the US or under US control will be frozen and that sanctions also prohibit US individuals from having dealings with those on the sanctions list or their interests.

Wednesday's move is designed to increase pressure on Syrian strongman President Bashar Assad, who continues to hold power in a country that has been torn apart by civil war for more than a decade.