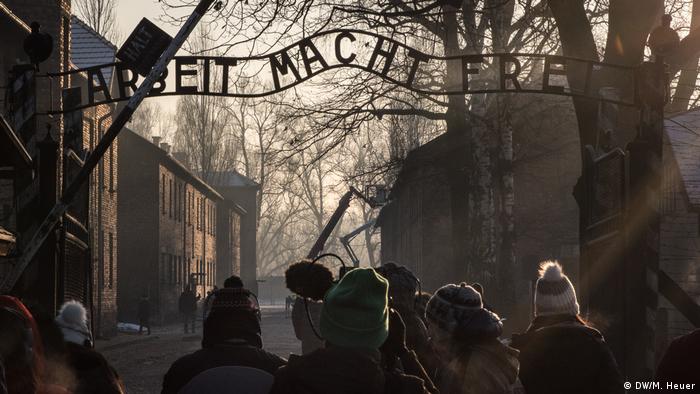 A new study released Wednesday revealed a "disturbing" lack of basic Holocaust knowledge among young US adults, with 11% believing that Jews caused the Holocaust.

The US Millennial Holocaust Knowledge and Awareness Survey, released by the Claims Conference, an organization that negotiates compensation payments from Germany for Holocaust victims, also found that nearly two-thirds of respondents did not know that 6 million Jews were killed in the Holocaust, and that 36% thought that "two million or fewer Jews" were murdered.

Additionally, nearly half were unable to name one of the 40,000 camps and ghettos in Europe during the Holocaust, while a similar figure did not know what Auschwitz-Birkenau was.

"The results are both shocking and saddening and they underscore why we must act now while Holocaust survivors are still with us to voice their stories," said Gideon Taylor, president of the organization, which negotiates compensation for Holocaust survivors.

"This needs to serve as a wake-up call to us all, and as a road map of where government officials need to act," said Taylor.

Analysis showed that New York had a particularly large number of people who thought Jews were responsible for the Holocaust, at nearly 20%.

The study also revealed that Wisconsin scored highest in Holocaust awareness, while Arkansas had the lowest score, with less than 17% of respondents meeting the basic knowledge criteria.

The "knowledge score" was calculated by using the percentage of young adults who have definitively heard about the Holocaust, can name at least one concentration camp, death camp or ghetto, and know that 6 million Jews were killed in the Holocaust.

Nearly two-thirds of respondents indicated that they believe that something like the Holocaust could happen again. Meanwhile, around half of respondents reported seeing Holocaust denial or distortion posts online, and roughly a third had seen Nazi symbols on their social media platforms or in their community.

"Not only was their overall lack of Holocaust knowledge troubling, but combined with the number of Millennials and Gen Z who have seen Holocaust denial on social media, it is clear that we must fight this distortion of history and do all we can to ensure that the social media giants stop allowing this harmful content on their platforms," said Claims Conference Executive Vice President Greg Schneider.

The data was collected from 200 interviews in each state, with adults aged 18 to 39. The respondents were chosen at random.