More than 10,000 migrants, mainly fleeing Haiti, are currently being held under a bridge at Del Rio near the US-Mexico border as immigration facilities in the area have reached capacity. 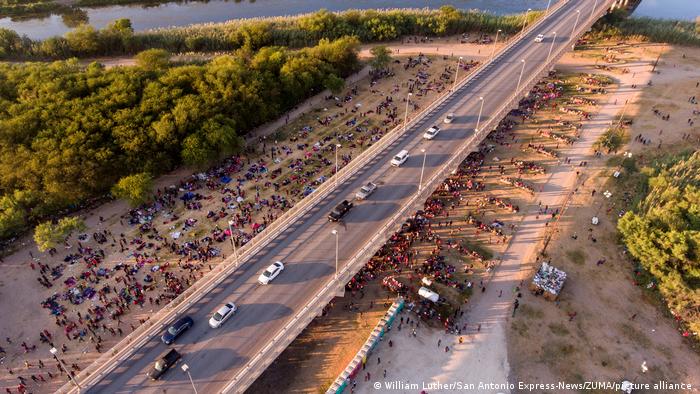 The mayor of Del Rio declared a state of emergency on Friday after more than 10,000 undocumented migrants poured into the Texas border town.

US border officials said they were closing the Del Rio border crossing following the arrival of the Haitian migrants, many of whom were being held under a bridge controlled by the US Customs and Border Patrol (CBP) to await processing.

CBP announced the closure and said people would be rerouted 57 miles (93 kilometers) east to the Eagle Pass border crossing. The migrants are living in squalid conditions and desert heat

"The border patrol right now is so overwhelmed with the influx of migrants in the Del Rio sector," local Mayor Bruno Lozano said, adding that the number of migrants under the bridge had increased from 8,000 Thursday, to over 10,000 on Friday.

The mayor said most of the people are Haitians fleeing the aftermath of a large earthquake and ongoing political turmoil.

The White House remained silent on the issue as pressure mounted on US President Joe Biden to address the influx.

The CBP said in a statement it was increasing staff in the area and was providing drinking water, towels and portable toilets.

It said the bridge was being used as a "temporary staging site" to provide shade and prevent heat-related illness.

Migrants have been building make-shift shelters out of cardboard. 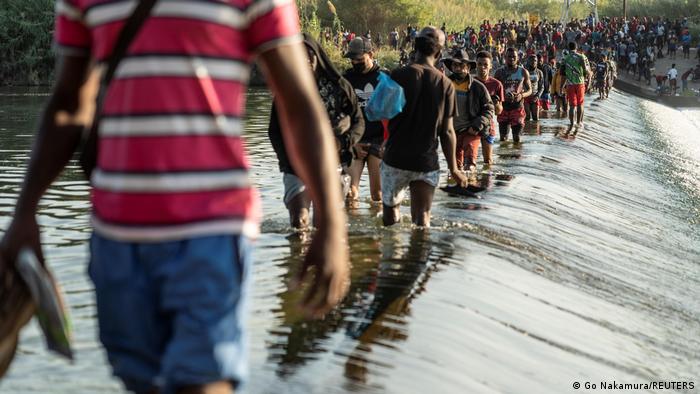 Why are Haitian migrants coming?

It is unclear how such a large number of Haitian migrants assembled so quickly in Del Rio.

Edgar Rodriguez, a lawyer for the Casa del Migrante migrant shelter near Del Rio, told the Associated Press that the increase of Haitians began several weeks ago. He believes misinformation and rumors about US immigration policy may have played a role in the influx.

Several of the migrants told Reuters news agency that they had followed a route shared among migrants on WhatsApp, that provided a safe route into the US avoiding Mexican authorities.

"Those ahead sent directions by phone. I helped people coming behind me," one of the people at the camp said.

Officia: Migrants likely to be sent back by plane

The acute migrant influx is presenting the latest immigration challenge to Biden, who faced calls from both Democrats and Republicans to take quick action.

The Biden administration is planning a widescale expulsion of the migrants by putting them on flights to Haiti starting Sunday, The Associated Press (AP) reported on Saturday, citing an official with direct knowledge of the plans.

Details are yet to be finalized, but will likely involve five to eight flights a day, according to the official who was not authorized to discuss the matter publicly and spoke to AP on condition of anonymity. 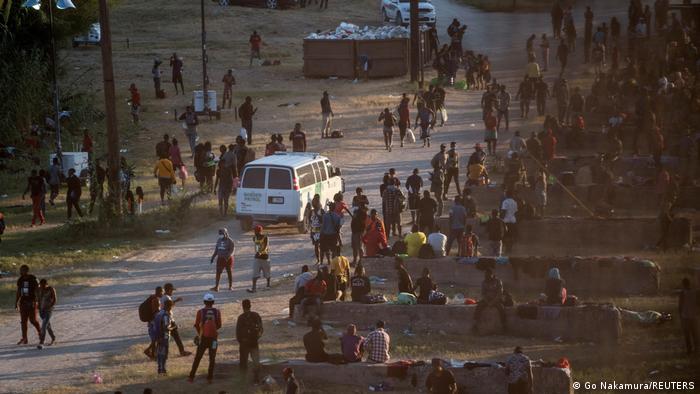 Although Biden rolled back many of former President Donald Trump's more hardline border policies, he left in place a pandemic-related expulsion policy, called Title 42. The directive allows migrants to be turned back at the border.

The CBP said the "vast majority" of single migrants and many of the families would be likely expelled under the policy.

"Those who cannot be expelled under Title 42 and do not have a legal basis to remain will be placed in expedited removal proceedings," CBP said.

Although a federal judge on Thursday ruled that Title 42 does not legally allow migrant expulsions, the order will not go into effect for 14 days.