The latest sanctions on Cubaꞌs interior police follow mass protests on the island that started on July 11. Cuban-American leaders met Biden at the White House Friday. 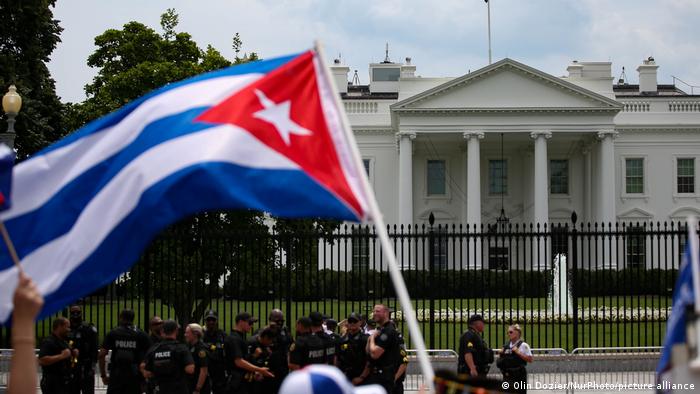 US President Joe Biden said he would push for tougher sanctions against Cuba on Friday after meeting with Cuban-American leaders who urged him to support the protests.

The talks came as Washington imposed fresh sanctions on Cuban police forces over their response to the demonstrations.

Who was targeted by the sanctions?

The US Treasury Department announced a new round of sanctions against the island's National Revolutionary Police and its two leaders, Oscar Callejas Valcarce and Eddy Sierra Arias.

The sanctions were in response to a crackdown on thousands of people taking part in "peaceful pro-democratic protests," the department said in a statement.

Hundreds of activists have been detained since the demonstrations began on July 11.

The US president said more sanctions are being prepared  "unless there is some drastic change in Cuba, which I don't anticipate."

Biden's comments followed his meeting with Cuban-American leaders and activists at the White House on Friday afternoon. 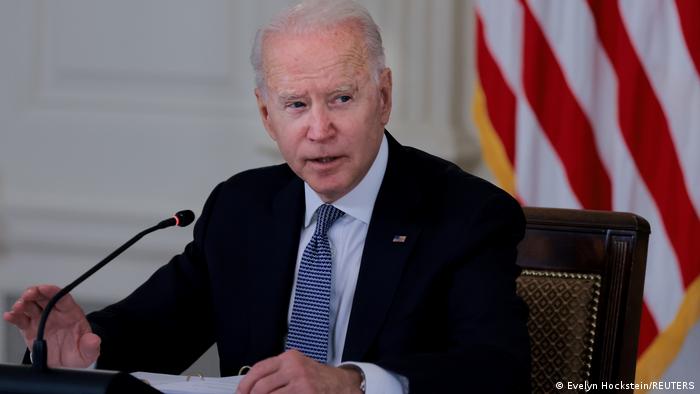 Biden vowed more measures against Cuba unless there was 'drastic' change

One of those who met Biden was Cuban hip-hop singer Yotuel Romero and his Orishas band. Romero wrote the song "Patria y Vida," which means "Homeland and Life" and has become the anthem of the protests.

Why is the US moving against Cuba?

"The Treasury Department will continue to designate and call out by name those who facilitate the Cuban regime's involvement in serious human rights abuse," said Andrea Gacki, director of the Treasury's main sanctions unit.

Former US President Donald Trump took a hard line on Cuba's communist government after his predecessor President Barack Obama had softened his stance on the island and moved to normalize relations with the country.

But with the 1.5 million strong Cuban-American community in Florida voting strongly for Trump in the last election, analysts believe Biden is also trying to secure their support for the next election.

What more could be done?

The Cuban-American community has called on Biden to support mass demonstrations unseen on the island nation for 30 years.

They want him to find some way of allowing access to the internet after the Cuban authorities cut it off for some time on July 11.

Florida Governor Ron DeSantis is asking for internet balloons, such as those Google was experimenting with, to be flown above the island.

There are also calls for money being sent to the island to be free of Cuban taxes.

What factors have caused the protests?

The effects of many coronavirus infections have been one of many factors to trigger the protests.

"I would say this is more about food shortages, a lack of tolerance of critics... and democracy," Cuban journalist Monica Rivero Cabrera told DW after the unrest started on July 11.

Professor William LeoGrande, a Latin America expert at the American University in Washington DC said sanctions have played a large part in the unrest.

"The problem is that the government doesn't have any foreign exchange currency to import food or medicine or fuel, so there are shortages of all basic goods in the stores.

"There are electricity blackouts which remind Cubans of the worst times of the 1990s after the collapse of the Soviet Union."