Germany's interior minister has begun talks at the White House over claims that the US snooped on German citizens. Germany's opposition Social Democrats urged Hans-Peter Friedrich to seek answers and avoid "show talks." 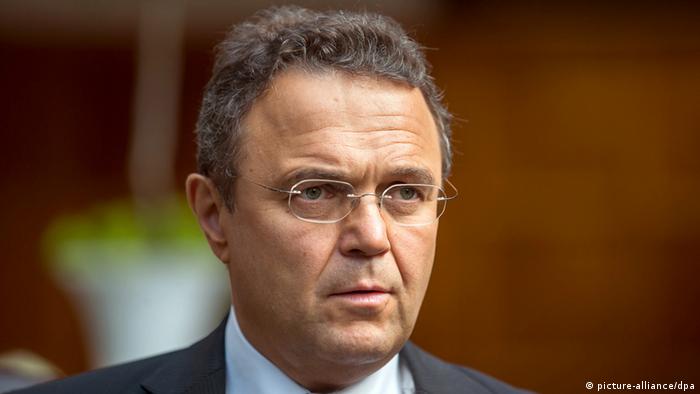 Senior German and US officials held talks in Washington on Friday over claims by the whistleblower Edward Snowden of mass US surveillance of communications, including private data of German citizens.

Visiting the White House, Friedrich met a security advisor to President Barack Obama, Lisa Monaco. They agreed to more transparency on secret service issues, according to the German news agency DPA. Friedrich was also due to meet US Attorney General Eric Holder, before attending a press conference.

Earlier, Friedrich's spokesman, Jens Teschke, had said the interior minister would seek to "restore trust that had been lost" and to make clear that "Germans have a special sensitivity to the topics of the private sphere and data privacy."

Ahead of a federal election on September 22, the issue has grabbed headlines in Germany, where memories remain of repression by the Stasi secret police in former East Germany and by the Gestapo during Hitler's former Nazi regime.

"That is forbidden; that is a criminal act; that is a violation of Article 10 of our constitution. And, I find that one should not play this down," Gabriel said.

If the US secret services even eavesdropped on the EU Commission in Brussels, then that has nothing more to do with combating terrorism, Gabriel added. "Then it simply amounts to economic espionage."

Gabriel's remarks stemmed from documented claims made by Snowden and reported by outlets such as Britain's Guardian newspaper and the German news magazine Der Spiegel that the US National Security Agency (NSA) kept tabs on phone calls, emails and mobile phone messages in the EU's largest economy.

Germany's federal data protection commissioner Peter Schaar warned German users of online services provided the US concern Microsoft that the NSA could be spying on their communications.

'We had no idea about this sort of activity'

The NSA surveillance activities are being criticized internationally. But the activities are allegedly controlled by Congress and legal, says Wells C. Bennett from the Brookings Institution, in an interview with DW. (11.07.2013)

Schaar was reacting to a report by the Guardian on Friday that Microsoft had cooperated with the NSA by allowing access to emails on several Microsoft portals before messages were encrypted.

US law allowed interception of communications data on a "very wide scale" and without prior judicial approval for the targeting of named suspects, Schaar told Bavarian BR public broadcasting.

On Thursday, Friedrich said "without tips from the United States and good cooperation between our secret services, we would most likely not have been able to prevent terror attacks in Germany."

Friedrich is due to brief German parliamentarians about his discussions in Washington after he returns to Berlin on Saturday.