A judge in Hawaii has indefinitely extended an order blocking a ban on travel to the United States from six predominately Muslim countries. Critics of the ban say it is based on unconstitutional religious discrimination. 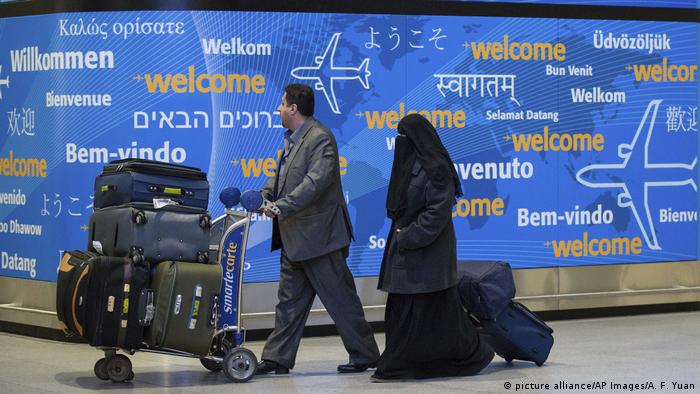 US District Judge Derrick Watson on Wednesday extended an earlier temporary restraining order into a preliminary injunction that blocks the enforcement of President Donald Trump's revised ban on travelers from six predominantly Muslim countries to the United States.

Watson's decision came in response to a lawsuit brought by the state of Hawaii, which is contesting the presidential directive.

Hawaii argued that the travel ban discriminates against Muslims in contravention of the US Constitution and that the ban harms the state's economy, which is highly dependent on tourism. 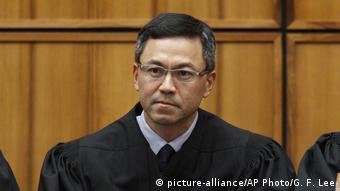 Watson said the challenge would likely be successful

A district court in the US state of Maryland has also blocked the revised travel ban, which Trump signed on March 6 after a January executive order caused chaos at airports and sparked mass protests. Enforcement of the original ban was stopped in February by a Washington judge and the Trump administration chose to issue a revised travel ban rather than try to reinstate the first in the courts.

Trump, who during his election campaign promised "a total and complete shutdown of Muslims entering the United States" on at least a temporary basis, insisted that the directive is needed for national security. He accused Watson of "unprecedented judicial overreach" when the judge first issued a temporary restraining order on March 15 - just a day before the travel ban was due to go into effect.

The ban, if enforced, would suspend new visas for people from Somalia, Iran, Syria, Sudan, Libya and Yemen for 90 days, as well as freeze the US refugee program for 120 days. The revised directive removed Iraq from the countries affected by the original order.

Critics of the order have pointed out that no significant terrorist attacks have been carried out on US soil by nationals from these six countries in recent times.