US families sue Saudi Arabia over Florida navy base attack

Three people were killed and 13 others were wounded when a Saudi flight student opened fire at a naval base in Florida in 2019. Now the victims' families are taking the kingdom to court over the attack. 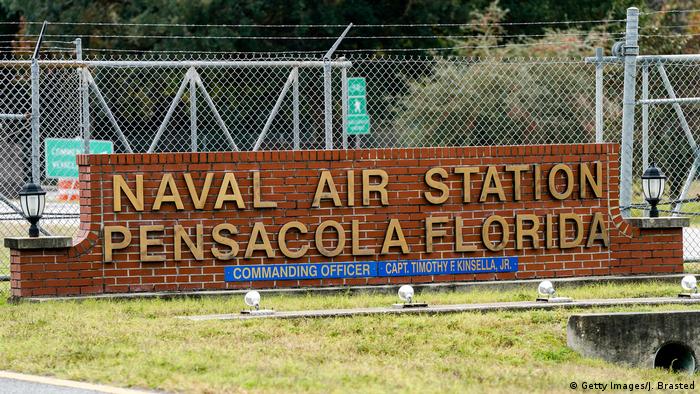 The families of victims of a2019 shooting at a Florida naval base filed a lawsuit against Saudi Arabia on Monday, arguing the kingdom knew of the gunman's radicalization and could have prevented the killings.

Three US sailors were shot dead and 13 others were injured in the attack at training facilities for foreign military at the Naval Air Station Pensacola on December 6, 2019.

In the investigations that followed, US officials revealed that the shooter had planned the attack for years, expressing jihadist ideologyand communicating with al-Qaida operatives through an encrypted phone.

According to the FBI, Alshamrani was in contact with al-Qaida on the eve of the attack.

What are the arguments in the case?

In the civil lawsuit, filed in a federal court in Pensacola on Monday, the victims' families argue that the Saudi government overlooked

"Throughout Alshamrani's service with the Royal Saudi Air Force, Alshamrani regularly posted radical fundamental ideology on his social medial accounts, including anti-American and anti-Jewish ideology, and encouraged others to post radical Islamic sentiments," the civil lawsuit, filed in federal court in Pensacola on Monday, said. 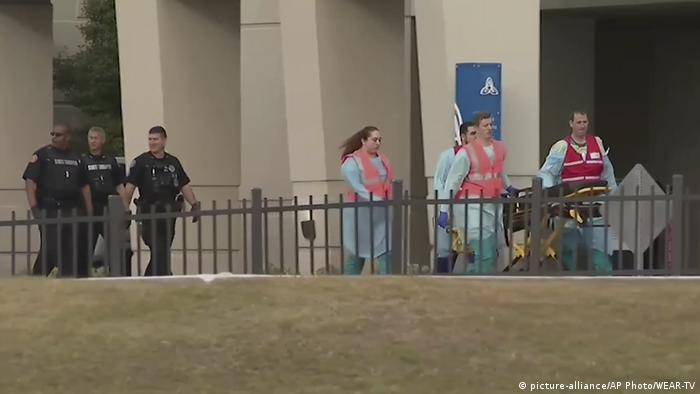 The suit argues that as the shooter was part of a small group of students sent to study in the US, he would have undergone an extensive screening process by the Saudi security, which is capable of monitoring communications of people seen as a threat to security.

The suit also claims that Alshamrani told fellow Saudi trainees at a dinner the night before the attack that he intended to carry out a shooting the following day. Instead of reporting the conversation, the trainees called in sick on the morning of the killings.

One of the trainees recorded the shootings from outside the building and two others watched from a car parked nearby, according to the lawsuit.

The complaint also alleges that the trainees were aware that he had purchased and stored arms and ammunition in his barracks.

Can Saudi Arabia be sued?

The victims' families argued that their case against Saudi Arabia can proceed, as the kingdom's failure to act made it complicit in an "act of international terrorism."

An exemption in US law allows for suits to be filed against foreign countries in cases of international terrorism.

They also argue that the kingdom did not follow through on promises made to former President Donald Trump to compensate the or engage with the families. 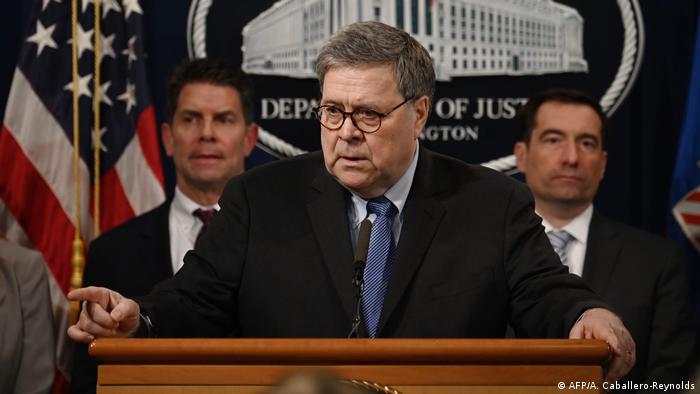 After the attack, former US Attorney General William Barr said dozens of Saudi trainees were sent home due to social media posts

Following the attack, Trump told reporters at the time that he had spoken to the Saudi king and that the kingdom would help the victims' families "very greatly."

What's changed since the attack?

A month after the attack, former Attorney General William Barr announced that 21 Saudi trainees on the base were being sent home after authorities found jihadist or anti-American sentiments on social media pages or that they had "contact with child pornography."

The lawsuit comes on the heels of President Joe Biden's administration signalling a stricter stance on Saudi Arabia after a close relationship for the last four years between Trump and Crown Prince Mohammed bin Salman.