The United States has taken the first step toward lifting a decades-old ban on the sale of unrefined oil abroad. The decision could be a boon for an industry that has seen fuel prices drop amid a surge in natural gas. 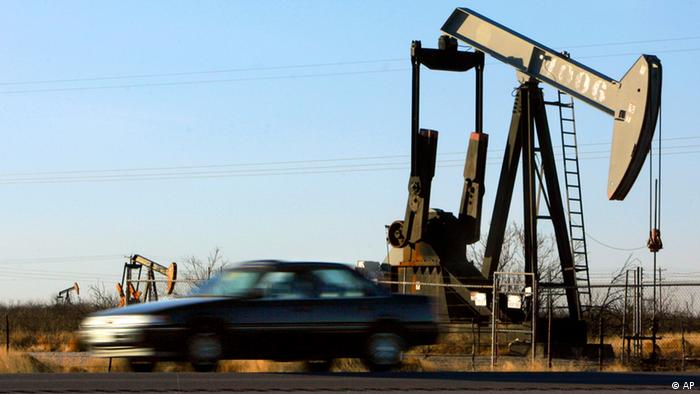 In two separate decisions that have yet to be officially announced, the Commerce Department granted two Texas-based companies permission to sell a type of ultralight oil known as condensate to foreign buyers, according to a Tuesday report in the Wall Street Journal.

The government's approval is the first step toward easing a ban on exporting unrefined oil that was enacted after the 1973 Arab oil embargo to curb rising fuel prices.

That ban, which allows US companies to export gasoline and diesel but not oil, has long been seen as a way to ensure the US does not import more foreign oil than necessary to meet domestic demand.

But as energy companies increasingly tap shale-based deposits thanks to advances in hydraulic fracturing technology - a process commonly known as "fracking" - the industry has been pushing lawmakers to relax the ban.

"Commerce's decision to allow companies to process condensate and export the resulting products is a reasonable first step that reflects the new reality of our energy landscape," said Senator Lisa Murkowski of Alaska, the top Republican on the Senate Energy Committee.

Many American oil producers believe they could sell their product at a higher price abroad. At the same time, consumer advocates are cautioning that lifting the ban would mean higher fuel prices at home.

In a statement Tuesday night, the Commerce Department denied that there had been any change in the government's policy on crude oil exports.

But experts noted the rulings signaled willingness by the Obama administration to define some ultralight oil as fuel - which is not subject to the ban - after only minimal processing.

Such a shift could be a boon for oil producers that are extracting as much as three million barrels of oil a day from shale. Those companies warn that the price of ultralight oil has fallen significantly because there is so much of it.

But while companies are pumping the new oil out of the ground at a high rate, moving it from the source to the coast where it can be shipped abroad is another matter altogether. Subpar transportation links could still be an obstacle, experts note.

"There have been some expectations for the ban on exports to be lifted and investors will now be watching to see if transportation links are up to mark to move supplies," said Desmond Chua, a market analyst at CMC Markets in Singapore.

Following the news that the US may finally be weighing a relaxation of export controls, the price of US crude oil rose 53 cents to $106.56 (78.33 euros) per barrel.