US diplomats evacuated after 'hearing strange noises in China'

A medical team arrived in China earlier in the week to screen US officials after one employee complained about "abnormal sensations of sound and pressure." The incident echoes previous unexplained "attacks" in Cuba. 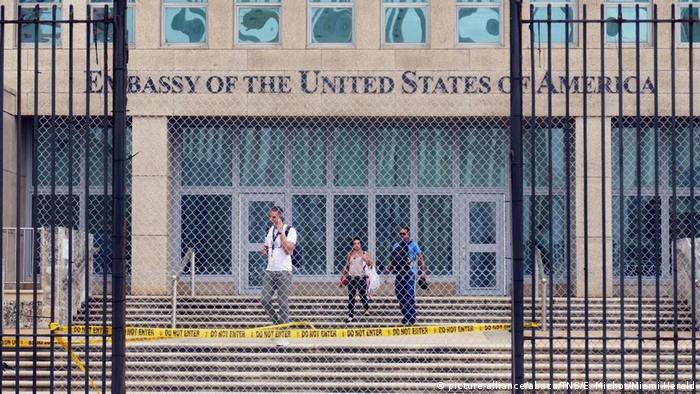 The United States has evacuated several diplomats from China after tests revealed they could be suffering from the same mystery symptoms reported by US diplomats in Cuba in 2017.

At least two of the people sent home reported "hearing strange noises in China," according to The New York Times.

A medical team had arrived in China earlier in the week to screen the officials and their families after a government employee became ill with "subtle and vague, but abnormal, sensations of sound and pressure" in the southern Chinese city of Guangzhou in May.

Secretary of State Mike Pompeo has announced the creation of a special task force to investigate the incidents.

"The precise nature of the injuries suffered by the affected personnel, and whether a common cause exists for all cases, has not yet been established," he said.

Read more: Cuba accuses US of lying about alleged attacks on diplomats

Speaking on Wednesday, Nauert also confirmed that doctors would examine whether the symptoms were consistent with those reported by dozens of staff at the US Embassy in Havana, Cuba.

The US said its officials were the victims of "specific attacks," but has not yet blamed anyone for being responsible.