A judge has blocked the Trump administration from enforcing a law to bar the vast majority of asylum applications at the US-Mexican border. It's the latest legal defeat for a White House seeking to stem migration. 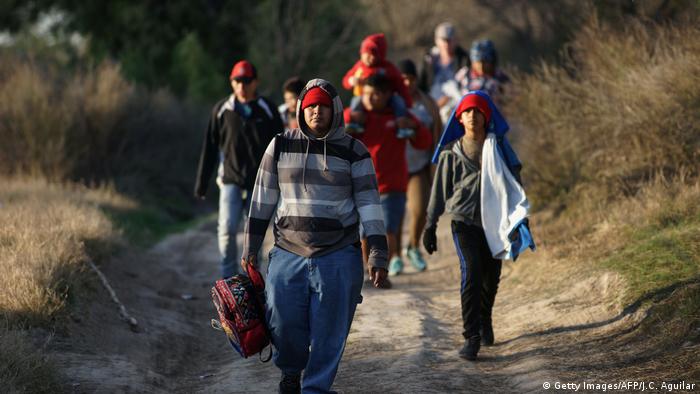 A California court issued a preliminary injunction on Wednesday blocking new rules for asylum seekers, requiring them to first seek safe haven in any third country through which traveled on their way to the US-Mexico border.

The ruling by Judge Jon Tigar renders inconsequential a decision earlier in the day, by Washington-based judge Timothy Kelly.

Federal judge Kelly, who was appointed by US President Donald Trump, had refused to grant a temporary restraining order against the law. However, the decision by Tigar, an appointee of former President Barack Obama, means that the law is blocked while lawsuits against it play out in court.

Risk of rights being denied

Administration officials say the measure would discourage migrants from leaving their home countries. They say this is necessary to bring down the numbers of people detained by border agents.

But Tigar said the legislation could mean that refugees are exposed to violence and abuse, and deny them their rights under international law.

He agreed that immigration authorities were overwhelmed by the increase in migrants over the past year. However, he said: "short-cutting the law, or weakening the boundary between Congress and the Executive, are not the solutions to these problems."

The law targets tens of thousands of Central Americans who cross Mexico each month to try to enter the US. Most would be ineligible under the legislation, because they passed through Mexico first. The policy would also apply to asylum seekers who regularly arrive at the southern border from Africa, Asia and South America.

The policy included certain provisions under which migrants could apply, for instance, if an individual had been trafficked. Although the rules came into force last week, it was unclear if immigration authorities were actually enforcing them.

Militias chase migrants in the US

Tigar's decision represents another setback for the administration in the courts. Federal courts stopped other plans from taking effect, such as a ban on asylum for anyone crossing the southern border illegally.

Trump had called the earlier decision, by Kelly, a "tremendous ruling."

Trump's law restricting asylum-seekers is the latest measure ahead of the November 2020 election that could prove popular with his base. The president was elected to the White House after a 2016 campaign in which he promised to build a border walland to introduce a ban on immigrants from predominantly Muslim countries.